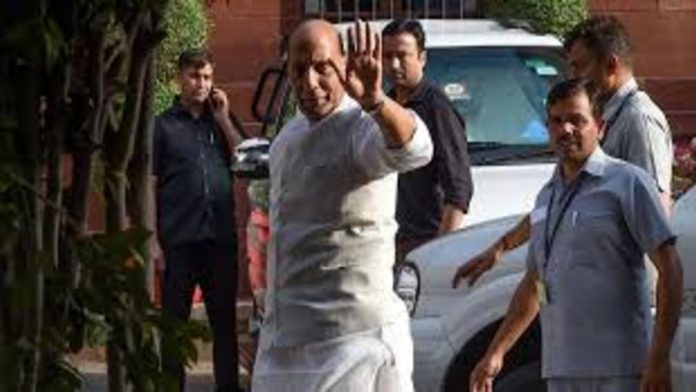 Defence Minister Rajnath Singh wrote to West Bengal Chief Minister Mamata Banerjee and her Tamil Nadu counterpart M K Stalin on Tuesday, requesting their participation in the grand parade and stating that the decision to select tableaux for the national event was made in accordance with detailed guidelines for the event. Singh’s letter to the two states comes after Banerjee and Stalin pleaded with Prime Minister Narendra Modi to intervene in Bengal and Tamil Nadu’s rejection of the plans.

While Banerjee expressed surprise at the exclusion of West Bengal’s tableau, which focused on Subhas Chandra Bose on his 125th birthday, and said it would cause “pain” to the people of her state, his Tamil Nadu counterpart stated that excluding the state’s tableau would deeply hurt the people’s sentiments and patriotic feelings.

Earlier in the day, Union Finance Minister Nirmala Sitharaman detailed the process of selecting tableaux on the microblogging site Twitter. “Every year, states, GoI ministries, and PSUs submit suggestions for #RepublicDay tableaux. The Parade itself has a limited time. From the submissions, an Expert Committee of eminences in the arts selects a shortlist. The Government of India received 56 proposals for RD 2022, of which 21 were shortlisted “she penned.

According to sources speaking to the news agency, a total of 56 proposals had been received from states and central ministries. A total of 21 people were shortlisted, and the procedure is repeated every year. Tableaux from these states have been allowed several times in the past under the Modi administration, they added.