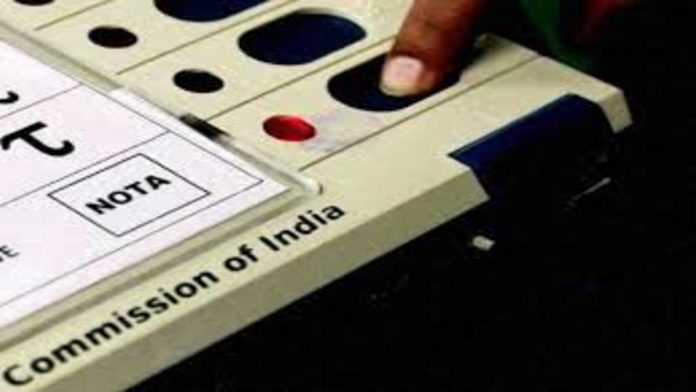 According to data on the Election Commission website, nearly eight lakh voters utilised the ‘none of the above’ or NOTA option when voting in the five states that held assembly elections. The NOTA option was used by 10,349 people in Manipur, or 0.6% of the total voters. Similarly, 10,629 people (1.1%) in Goa chose this option.

Electronic voting machines with the ‘NOTA’ option, which was introduced in 2013, have their own symbol: a ballot paper with a black cross across it.

The EC added the NOTA button to the EVMs as the last option on the voting panel after a Supreme Court decision in September 2013.

Prior to the Supreme Court’s ruling, those who were undecided about voting for a candidate could record their decision under Rule 49-O of the Conduct of Elections Rules, 1961 (elector opting not to vote). However, this jeopardised the voter’s privacy.

The Supreme Court, on the other hand, has declined to order the Election Commission to hold new elections if a majority of voters utilise the NOTA option when voting.