Cyclone Yaas To Make Landfall At Odisha Coast By Today Noon. Likely To Pass Over Bengal 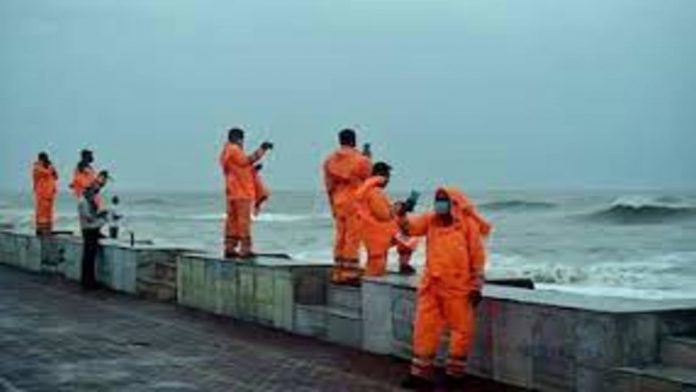 The severe cyclonic storm Yaas has now intensified and will make a landfall at Odisha coast between the Dharma Port and Balasore at today noon with an anticipated wind speed of up to 185 km per hour. It is likely to cross over West Bengal too.

According to met office chief M Mohapatra the cyclone is very much likely to pass over the north Odisha-West Bengal coasts between Paradip and Sagar Island. As the cyclone reaches the land the wind speed of the storm is likely to be up t0 185 km per hour from 5:30 to 11:30 am alongside the north Odisha coast.

As being on alert about 3 million people in Odisha and half a million Bengal have been evacuated to safe shelters. It was a very tough challenge to provide shelters to millions during this pandemic where social distancing has to be maintained, said officials.

Taking the stock of the situation of the districts situated at the Odisha coast the state chief minister Naveen Patnaik said, “Every life is precious, thus all possible steps should be taken to protect life”.

In Odisha districts like Kendrapara, Balasore, Bhadrak and Jagatsinghpur are expected to affected whereas in Bengal, districts of North and South 24 Parganas, West Midnapore and the capital city Kolkata may be hit by the storm of up to 120 kmph.

Meanwhile, the Bengal Chief Minister Mamata Banerjee has said that she will be staying at the state secretariat tonight to monitor the relief and rescue operations. The state Governor Jagdeep Dhankar had also visited the secretariat on Tuesday evening.

Flight operations are also suspended for today between 8:30 am to 7:45 pm.

Around 115 special teams have been deployed across five states and UTs, told NDRF chief SN Pradhan.

A member from the National Disaster Management Authority Karnal Kishor has said that they have asked the Hospitals and healthcare institutes to make contingency arrangements for power and oxygen supply.