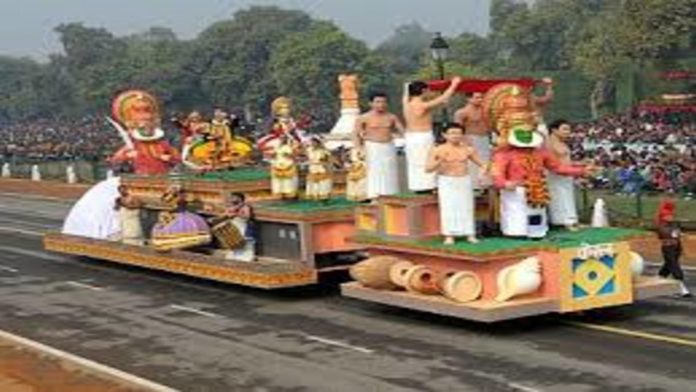 According to police, a squabble has developed in Kerala after the state’s Republic Day parade float theme was rejected for the third time in recent years by the Defense Ministry.

Despite the fact that the state proposed a tableau of social reformer Sree Narayana Guru and a monument in Jatayu Park, the ministry insisted on changing it to Adi Shankara, which the ministry rejected.

“It’s a pity. I’m not sure why the tableau by Sree Narayana Guru was rejected. We don’t understand why the federal government opposes social reformers, and we’d like to know if the state BJP shares this prejudice. “The float was averted at the last minute, and the state owes an answer to the concerned citizens,” said state education minister V Sivankutty.

He claimed that members of the selection board originally praised the proposal but eventually abandoned it for reasons unknown to them. He claimed that the state’s tableaus were previously denied in 2019 and 2020, and that the Centre is pursuing the state for resisting some of its anti-people policies.

State secretary of the CPI(M), Kodiyeri Balakrishnan, also slammed the Centre’s decision. The center’s move, he added, was an insult to the social reformer. When asked about this, a top BJP leader claimed he was unaware of the situation and would comment after gathering more information. When the state’s tableau was denied in 2020, A K Balan, the then-culture minister, remarked, “It was a politically motivated action, and the centre can’t prescribe terms to the state.”