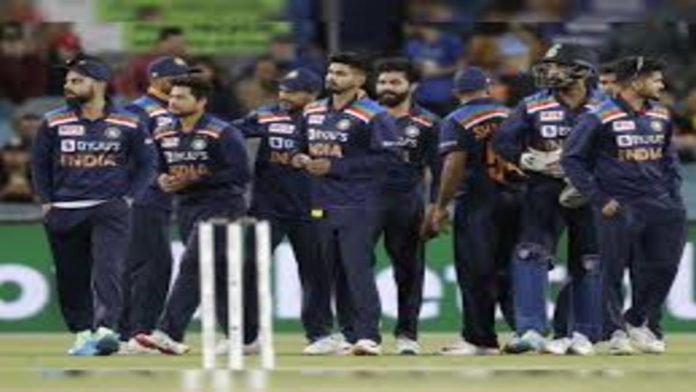 The Indian cricket team has been hit by a COVID-19 outbreak on Wednesday, when four players, including openers Shikhar Dhawan and Ruturaj Gaikwad, middle-order batter Shreyas Iyer, and net bowler Navdeep Saini, tested positive for the virus during their mandatory isolation period prior to the start of the West Indies series. Following the virus outbreak, Mayank Agarwal was added to India’s ODI team on Wednesday night for the next series. Following their break from the South Africa series, the Indian squad arrived in Ahmedabad on January 31 for the next white-ball series against the West Indies after a three-day isolation period.

The series kicks off on February 6 in Ahmedabad with India’s 1000th ODI match.

“The members were told to arrive in Ahmedabad on January 31, 2022, for the Paytm three-match ODI and T20I series against the West Indies. Before leaving for Ahmedabad, each member was required to take an RT-PCR test at home, and travel was only permitted if the results were negative “It was also added.

“The RT-PCR test performed on batsman Ruturaj Gaikwad on Tuesday (February 1st) came up positive. On Monday, he had tested negative in the first round of tests “It was also added.

“The RT-PCR tests conducted on Wednesday (February 2nd) on batsman Shreyas Iyer and Sports Massage Therapist Rajeev Kumar both came out positive. In the first two rounds of testing, both had come back negative.”

The players who tested positive for Covid will be kept in isolation until they have fully recovered, according to the BCCI.