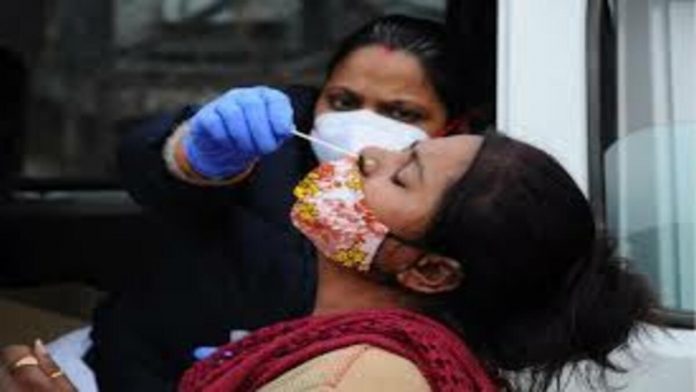 India’s daily Covid numbers jumped dramatically today, sparking worries of yet another outbreak. Over the last 24 hours, 2,183 additional Covid cases have been reported, an increase of 89.8% from yesterday’s case total of 1,150 cases.
In the last 24 hours, there have been a total of 214 deaths. However, Kerala has a backlog of 212 deaths, of which 62 have been cleared as a result of court challenges, while the state reported 150 deaths between April 13 and April 16.

The daily death toll also increased dramatically to 214. Despite the fact that the death toll includes a backlog of 62 deaths from Kerala, it is still a significant increase from the four deaths reported in yesterday’s bulletin.

The daily positivity rate has risen from 0.31 percent yesterday to 0.83 percent today, indicating that the virus is spreading throughout the population.

However, the number of active cases has decreased somewhat, from 11,558 to 11,542. Since the pandemic began, the government has registered over 4.30 crore cases.

The national capital Delhi, which has 517 Covid instances, is one among the cities that has seen an increase in cases. According to yesterday’s news, the overall number of Covid-infected patients in Delhi is 1,518, the highest amount since March 3 of this year.

Several youngsters in Delhi and the neighbouring cities of Ghaziabad and Noida have tested positive in recent weeks, causing fear and school closures.

According to news agency PTI, a poll found that the number of persons in the National Capital Region reporting someone getting sick in their close social network increased by 500% in the last 15 days.

At a time when all states have loosened Covid restrictions on public movement, the increase in cases is concerning. Many states have also eliminated the penalties for not wearing masks in public while recommending individuals to continue to do so in order to protect themselves against illness.

Riya Kumari, a Bihar school student, posed the question in an exclusive interview with a news agency on Thursday. "If politicians can spend millions...
Read more
SPOT LIGHT

More than 190 apps have been discovered on the Google Play Store that are infected with this Trojan, according to Kaspersky. These infected apps...
Read more
SPOT LIGHT