‘Consent Among Most Undervalued Ideas In Our Society,’ Says Rahul Gandhi Over Marital Rape 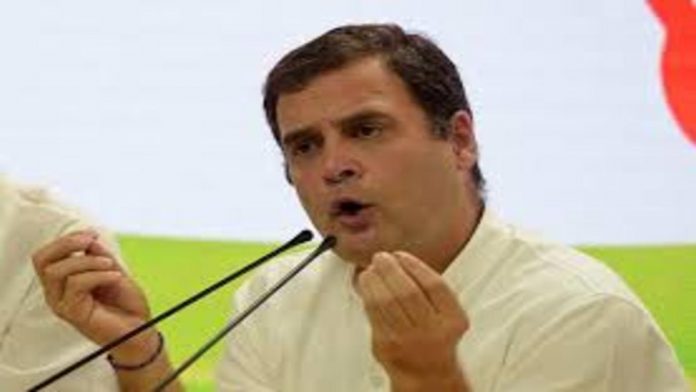 The Delhi High Court is currently hearing a slew of petitions seeking to make marital rape a crime. In this backdrop, Congressman Rahul Gandhi tweeted on Sunday that permission is “among the most undervalued ideas in our society” and that it needs to be “foregrounded to secure women’s protection.”

He penned, “Consent is one of our society’s most undervalued concepts. It must be prioritised in order to ensure women’s safety. #MaritalRape”

Congress leader Gaurav Gogoi, in response to Rahul Gandhi’s tweet, commented on the microblogging platform, “The consent of a lady cannot be assumed. Domestic violence, in my opinion, needs to be defined more broadly.”

While there is growing demand for the criminalization of forcible sexual intercourse between a man and his wife, the Centre submitted an application to the Delhi High Court on Thursday indicating that a consultative process on proposed criminal code reforms is underway.

The Centre informed the court that marital rape will not be deemed a criminal offence until all parties have been consulted. The administration emphasised that “natural justice principles need a greater hearing of all parties.”

Meanwhile, women’s rights advocates claim that the Centre’s “consensus-building exercise” is only a “delaying ploy.”

The Centre had previously stated in an affidavit submitted in the case that making marital rape a criminal offence would “destabilise the institution of marriage and make it an easy tool for harassing spouses.”

Multiple applications have been filed in the Delhi High Court contesting the exception to Section 375 of the Indian Penal Code, which exempts violent sexual intercourse between a man and his wife from the charge of rape if the wife is over the age of 15.

The RIT Foundation, the All India Democratic Women’s Association (AIDWA), and a marital rape survivor are among the petitioners.

During the hearing, Justice Shakdher of the Delhi High Court orally stated that the exclusion of “some circumstances” from the scope of rape “due to inter-party relationship” is problematic, and that the marital rape exception could be reconsidered in light of rape law’s protection for sex workers.

Senior counsel Raj Shekhar Rao, who was designated as an amicus curiae to assist the court, had previously argued that husband and wife are “two equals before the law” and that there is no reason “why the husband’s want to have sex trumps the wife’s desire to not have sex.”

The amicus further stated that eliminating the exception would not result in the establishment of a new crime, and that the worries about invasion of private marital space were baseless.

Meanwhile, several men’s rights organisations have submitted briefs in opposition to the petitions.