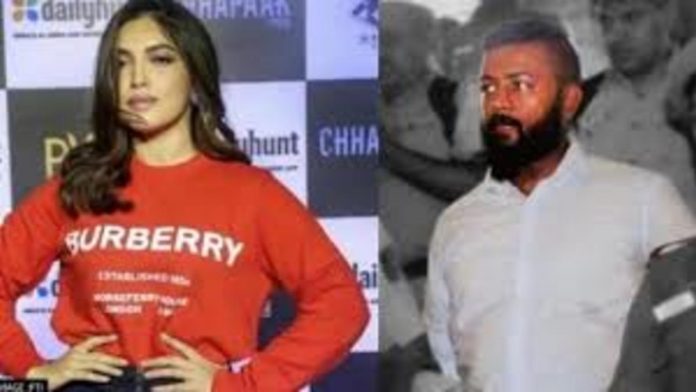 According to India Today, Bollywood actor Bhumi Pednekar was also approached by conman Sukesh Chandrashekhar, who offered to present her a car. The actor, on the other hand, told the ED that she did not accept any gifts from the conman or his friends.

Bhumi Pednekar is the fifth Bollywood star to be investigated by the ED as part of the agency’s investigation into Sukesh Chandrashekhar. During the investigation, the names of Jacqueline Fernandez, Nora Fatehi, Janhvi Kapoor, and Sara Ali Khan had come up.

Sukesh’s associate Pinky Irani met Bhumi Pednekar in January 2021, posing as the vice-president HR of a journalistic organisation, according to reports.

“Their group’s chairman Mr Suraj (Sukesh Chandrashekhar) is a fan of her and wanted to meet with her about a large project and also wanted to offer her a car,” Pinky allegedly told Bhumi Pednekar, according to reports.

Sukesh Chandrashekhar called Bhumi Pednekar the next day and introduced himself as “Shekhaar,” telling her that “my buddy Ms Irani must have contacted you regarding a few projects and a car that I want to offer you.”

Pinky Irani later sent a message to Bhumi Pednekar in May 2021, indicating that ‘Mr Suraj’ (Sukesh Chandrashekhar) is a billionaire and that he wants to offer her a car because he enjoys doing so.

Sukesh phoned Bhumi Pednekar again the next day, introducing himself as Suraj from the NE Group.

Bhumi Pednekar, suspicious of anything fishy, refused to accept any gifts on behalf of Sukesh, who was posing as a wealthy tycoon.

According to sources, Bhumi Pednekar has told ED officials that she has not received any gifts from Sukesh Chandrashekhar, Suraj Shekhar, or any of his accomplices, including Pinky Irani.

Sukesh Chandrashekhar, 32, is currently detained at Tihar Jail in Delhi for allegedly extorting Rs 215 crore from Aditi Singh, the wife of Ranbaxy’s owner. The conman allegedly pretended to be an officer, posing as the Law Secretary, Home Secretary, representative of Home Minister Amit Shah, and representative of the Prime Minister’s Office, and extorted Rs 215 crore from Aditi Singh under the guise of assisting her husband with his release from prison.