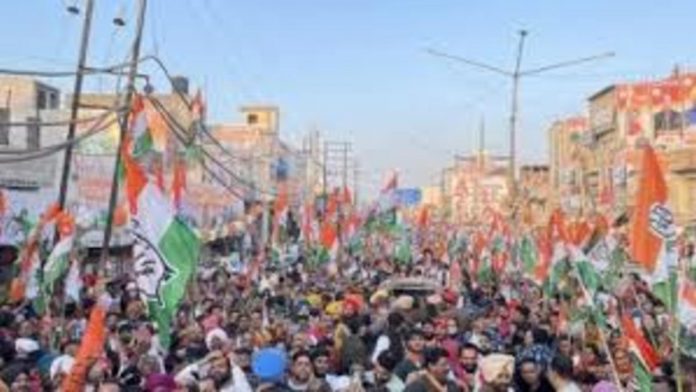 The Congress’ group of 23 leaders (G-23) will conduct a conference in the next 48 hours, a top leader said on Thursday, after being disappointed with the Assembly election results in Manipur, Punjab, Uttarakhand, Uttar Pradesh, and Goa.

“G-23 leaders will meet in the next 48 hours, upset with the results and precipitous decline of Congress in the recent Assembly elections,” a senior leader said on condition of anonymity.

The Congress was defeated in Punjab by the Aam Aadmi Party (AAP) and failed to gain power in Goa, Uttarakhand, Uttar Pradesh, and Manipur.

According to Congress General Secretary Randeep Singh Surjewala, the party has agreed to call a Congress Working Committee meeting soon to discuss the results.

“Although the results in five states fell short of the Congress party’s aspirations, we acknowledge that we did not receive the people’s blessings. Sonia Gandhi has agreed to call a meeting of the Congress Working Committee to discuss the results as soon as possible “Speaking at a press conference in Delhi, Mr Surjewala added.

In response to the poll’s trends, Congress leader Rahul Gandhi said that he humbly accepts the verdict of the people and that the party will learn from it.

“Accept the judgement of the people with humility. Best wishes to all who have been elected to office. For their hard work and devotion, I thank all members of Congress and volunteers. We shall take this as a lesson and continue to work for the people of India “Rahul Gandhi sent out a tweet.

In 2020, a group of 23 Congress leaders (G-23) sent Sonia Gandhi a letter requesting a raft of organisational reforms, including elections for CWC members, the party’s president, and the Parliamentary Board.

G-23 members have aired their concerns on multiple occasions, causing a ruckus within the party.