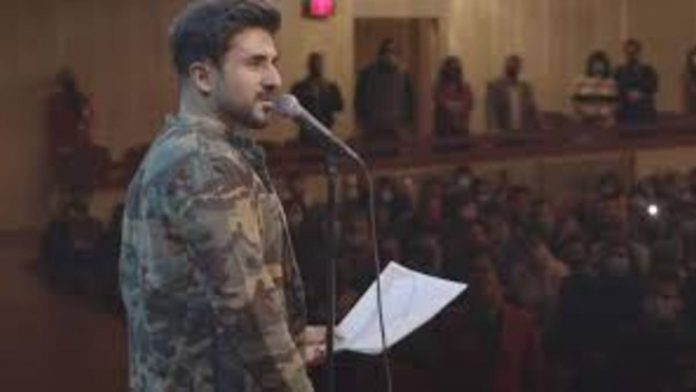 Many on social media have criticised comedian Vir Das for delivering a monologue as part of his performance in the United States, accusing him of “insulting India.”

Vir Das, who is currently in the United States, posted a video titled “I come from two Indias” on YouTube on Monday. The video features a monologue from his latest performance at the John F. Kennedy Center in Washington, DC.

In the six-minute film, Vir Das discusses some of India’s most pressing issues, including the country’s fight against Covid-19, rape cases, the crackdown on comedians, and farmer demonstrations.

Clips of the video quickly went viral on social media, particularly the part where he remarked, “I hail from an India where we worship women by day and gang-rape them by night.””

Some chastised Vir Das for generalising such instances throughout India, while others praised him for taking a “brave” attitude.

Vir Das clarifies his position
Following the backlash to his film, Vir Das published a comment on his Twitter account, explaining that his goal was to remind people that the country was “wonderful” despite its problems.

“The video is a satire on the duality of two very different Indias, each of which does things differently. Light and dark, good and evil, exist in every nation. Nothing here is a secret. The film encourages us to never forget how magnificent we are. Never lose sight of what makes us great.

“It all comes to a head with a massive patriotic round of applause for a country that we all love, believe in, and are proud of. That there is a deeper beauty to our country than the headlines. That is the video’s point and the reason for the standing ovation “According to his statement,

“Don’t be deceived by manipulated excerpts,” Vir Das warned his fans. “People are rooting for India with optimism rather than hatred. People applaud India with admiration, not hate. With negativity, you cannot sell tickets, garner applause, or represent a great people; only with pride can you do so. I’m proud of my nation, and I’m proud of it all over the world “he stated

“To me, a standing ovation for India from a room full of people anywhere in the planet is pure love. I ask of you, like I did of that audience, to keep your attention on the light, remember our magnificence, and spread the love “Added he.