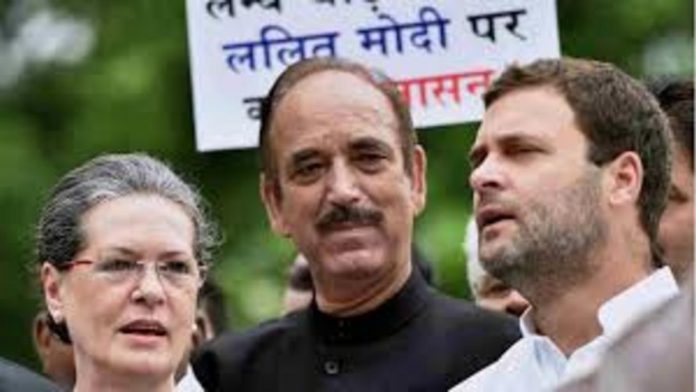 G-23, a dissident faction, expressed worry on Wednesday about the “demoralising” election results and further defections from Congress, saying that “collective and inclusive decision-making” is the only way to resolve the party’s issue.

Importantly, Ghulam Nabi Azad, the ginger group’s leader, is expected to meet Congresswoman Sonia Gandhi shortly, maybe as early as Thursday, to examine the problems made by the letter-writers. Sonia contacted Azad on Wednesday morning, according to reports. At Azad’s house, the G-23 leaders had a dinner meeting.

Despite the outreach, the dissidents’ dinner conversations went beyond normal gripes to voice significant worry about Congress’s long-term viability, with many believing that the party may be headed for a UP-style marginalisation in other states unless dramatic measures are made soon. The guests also attacked recent selections to oversee the post-debacle reorganisation, claiming that the “issues” were being asked to provide “solutions.” The crisis fixes offered at the CWC meeting on Sunday were deemed insufficient and superficial.

The G23 is expected to seek the removal of a major AICC office bearer who is close to Rahul Gandhi but has been targeted by the dissident. The dissidents, who have ramped up their efforts in the wake of the Congress’s defeat in five state elections, published a statement emphasising the need of forming coalitions with like-minded parties to take on the BJP.

“We feel that the only way ahead is for Congress to embrace the concept of communal and inclusive leadership and decision-making at all levels,” the statement stated. It is vital to strengthen Congress in order to counter the BJP. We urge that Congress begin discussions with other like-minded groups in order to build a platform that will pave the way for a real alternative in 2024. The following measures will be disclosed in the near future.” The gathering took place amid assaults on G-23 leaders by loyalists.

A few mediators, notably Rajasthan Chief Minister Ashok Gehlot, have lately reached out to the dissidents to encourage them to reconcile. The acceptable compromise will be discovered once Azad meets with Sonia. Other actors in the ultimate conclusion include Rahul Gandhi and Priyanka Gandhi Vadra.

The meal was moved from Kapil Sibal’s home to Azad’s because it was thought that his recent demand that the Gandhi family resign the Congress leadership was controversial, making reconciliation impossible.

Both leaders met Congress interim chief Sonia Gandhi at her 10, Janpath residence in New Delhi on Thursday, days after the crisis in Rajasthan,...
Read more
POLITICS

On Monday, the foreign minister of India, S Jaishankar, who is now abroad in the United States, spoke out in favour of repealing Article...
Read more
- Advertisement -