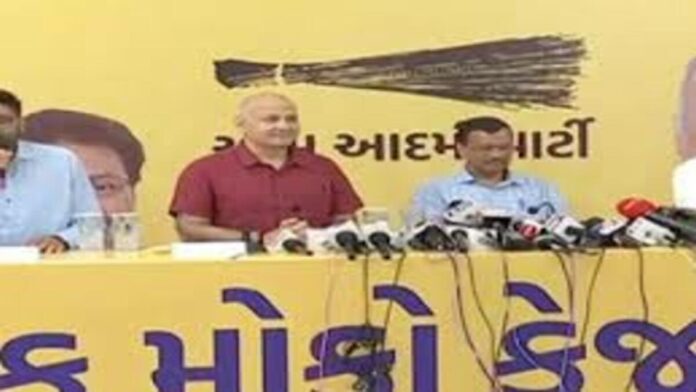 Soon after the Delhi Chief Minister Arvind Kejriwal asked for Bharat Ratna for his Deputy Manish Sisodia for the outstanding work he has done in the education field in the national capital, a BJP leader took a dig at the AAP Chief.

Both BJP and AAP have been very critical of each other amid the ongoing CBI investigation in the alleged liquor policy of the AAP government.
Despite the raids conducted at Mr Sisodia’s residence a couple of days ago, he claimed that the BJP has been trying to reach out to him to shift loyalties.

BJP even asked him to rebel against the AAP to become the Chief Minister and drop all the cases, claimed Manish Sisodia. However, the BJP has refuted the claim.

On Monday, Mr Sisodia reached Gujarat with Delhi CM, where he said his aim was not politics for posts. “Kejriwal ji is my guru and I won’t betray him,” he said. On the other side, addressing a townhall with Mr Sisodia, CM Kejriwal said, “He deserves a Bharat Ratna for all the work he has done for the education system in the national capital. Instead, they (the BJP) are unleashing the CBI.”

As the political row between the BJP and AAP have been continuously heating up, the Centre led by BJP has been giving blunt responses to AAP’s allegations.