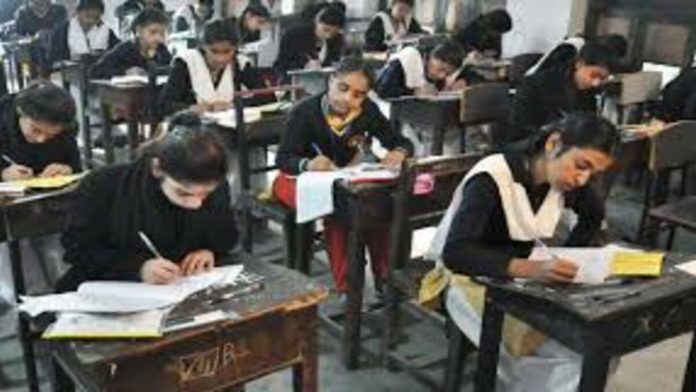 Because several pupils taking the West Bengal board’s class 10 exams wrote a popular political slogan on their answer sheets, officials have decided to penalise examinees if they repeat the practise in the current class 12 examination.

Examiners at the West Bengal Board of Secondary Education’s Madhyamik test for class 10 discovered that a number of pupils had scribbled ‘Khela Hobe’ (there will be a game) on their answer papers, a slogan of the ruling Trinamool Congress. The examination took place last month.

The West Bengal Council of Higher Secondary Education (WBCHSE), which organises the Uchcha Madhyamik examination, also known as the Higher Secondary (HS) exam, for class 12, has stated that any candidate who writes political statements or drawings on the answer sheets may face disciplinary action.

“Examiners have been told not to grade these types of papers. There will be repercussions (against those who will write such matters). The Council would appoint a high-powered committee to determine the severity of the punishment “On Wednesday, WBCHSE President Chiranjib Bhattacharya informed.

Writing political slogans, campaigns, or contentious subjects that contravene the WBCHSE’s rules and guidelines would result in harsh punishment, according to Bhattacharya. Exams for high school students began on April 2 and will last until April 27.

According to Bhaduri, a famous Indologist, no ruling party should politicise the education sector and influence malleable minds.

Despite repeated attempts, West Bengal Board of Secondary Education President Dr Kalyanmoy Ganguly could not be reached for comment.