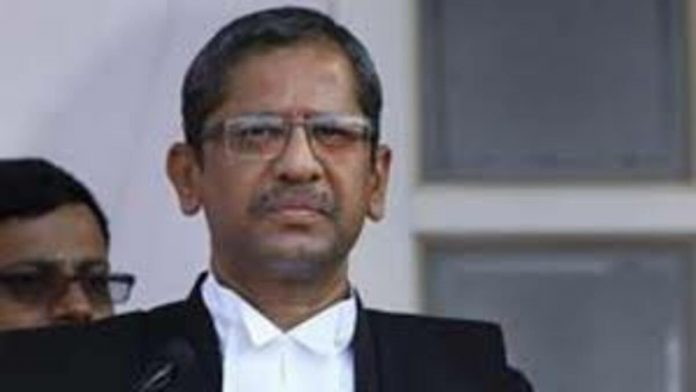 On Thursday, Chief Justice of India NV Ramana voiced concern with petitions on political issues being filed before the court instead of seeking redress from the government, remarking that petitions are being filed for “anything under the sun.”

After a request for urgent listing of a PIL seeking deportation of illegal immigrants was made by Advocate Ashwini Upadhyay, the CJI remarked “Mr Upadhyay, everyday I’ve to hear your case only, all the problems under the sun, parliament members issue, nomination issue, election reforms, etc. These are all political issues, you go to the government.”

The CJI went on to say “What function do political representatives serve if I agree to take up all of your issues and pass the directives that you seek? There are bills we need to pass in the Lok sabha… the Rajya sabha…”

In response to the CJI’s observations, Advocate Upadhyay stated that Article 32 of the Constitution is only for this purpose.

The Bench commented, “To make legislations?”

“5 Crores illegal immigrants are robbing us of our right to work. The petition aims to catch illegal immigrants, imprison them, and deport them. All states have been given notice.” Upadhyay presented his case before a bench that included Chief Justice Ramana, Justice Krishna Murari, and Justice Hima Kohli.

The Bench told the Solicitor General, who was present in court, that if the Centre is ready with the counter, the matter will be listed.

In a 2017 PIL, Upadhyay requested that the federal and state governments identify, jail, and deport all unlawful immigrants and infiltrators, including Bangladeshis and Rohingyas, within a year.

Further instructions have been requested to alter the relevant legislation to make illegal immigration and infiltration a cognizable, non-bailable, and non-compoundable offence.

The petitioners have asked the Central and State governments to make the fabrication of forged or fabricated PAN cards, AADHAR cards, passports, ration cards, and voter cards, among other documents, a non-bailable, non-compoundable, and cognizable offence and alter the relevant laws.

According to the petitioner, orders should be issued to identify travel agents, government employees, and other individuals who provide PAN Cards, AADHAR Cards, Ration Cards, Passports, and Voter Cards to illegal immigrants and infiltrators in a direct or indirect manner, and to take stern action against them.