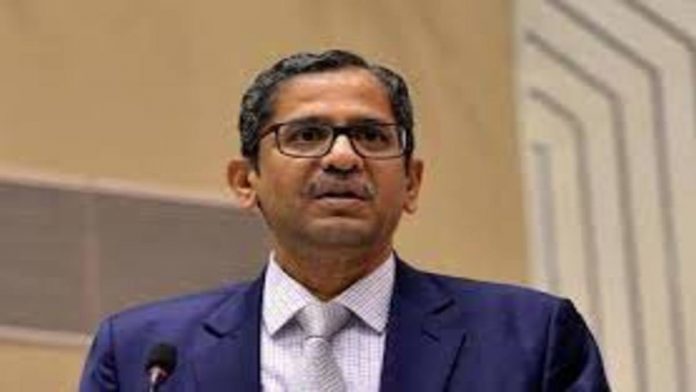 During a meeting chaired by Prime Minister Narendra Modi to select the Chief of the Central Bureau of Investigation (CBI), the Chief Justice of India NV Ramana had focused on a rule that directly eliminated two candidates who were shortlisted by the government, said sources.

The 90 minutes long meeting has come up with three names amongst whom the next CBI Director will be selected include former Maharashtra Director General Of Police Subodh Kumar Jaiswal, Director General of Sashastra Seema Bal (SSB) KR Chandra and Home Ministry Special Secretary VSK Kaumudi.

According to the sources CJI Ramana cited a “six-month rule” that has never been considered for the selection of CBI Director.

Justice Ramana justified his rule with a Supreme Court Judgement that said officers with less than six months of left tenure should not be selected for Police chief posts. The selection process must adhere this law, he said.

The meeting which was a three-member committee including the opposition Adhir Ranjan Chowdhury also backed the rule by giving it a two-third majority.

Now, Subodh Kumar Jaiswal, the chief of the Central Industrial Security Force (CISF) and the senior most of the three names unanimously chosen by the committee is the most fortunate name to get the the highest CBI job.

The meeting was held at PM’s residence after a delay of total four months.

The law says that the CBI Director must be selected “on the basis of seniority, integrity and experience in the investigation of anti-corruption cases” from a rundown of IPS officials drawn from the four senior-most batches.