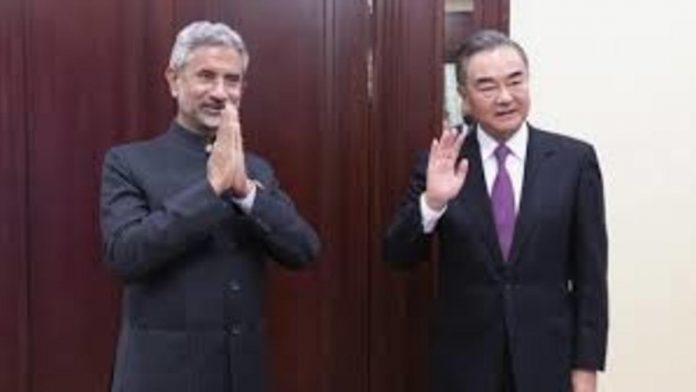 Wang Yi, China’s foreign minister, has arrived in Delhi, marking the first high-level Chinese visit to India in more than two years, since the Ladakh standoff began. Wang Yi is scheduled to meet with Foreign Minister S Jaishankar and National Security Advisor Ajit Doval on Friday, according to sources.
Wang Yi’s visit is intended to rekindle physical connection and to invite Prime Minister Narendra Modi to a BRICS gathering in Beijing later this year, according to the Press Trust of India.

The visit remained a mystery until the last minute, and even when the Chinese minister arrived in Delhi, there was no formal confirmation of the visit. Only by following the flight path of his plane, which took off from Afghanistan, was the landing confirmed.

As Chinese invasions became more common in Ladakh, ties between India and China deteriorated, culminating in the fight in Galwan Valley, which claimed the lives of 20 Indian and Chinese soldiers.

De-escalation has resulted from repeated rounds of military-level talks; last year, the two parties concluded the disengagement process on the north and south banks of the Pangong Lake, as well as in the Gogra area. However, the status quo that existed prior to 2020 has not been restored.

The 15th round of military talks between India and China took place on March 11 in order to address outstanding issues.

Mr. Jaishankar met with Wang Yi multiple times in Moscow and Dushanbe to try to calm things down.

They held extended talks in Moscow in September 2020 on the margins of a Shanghai Cooperation Organisation conference, during which they negotiated a five-point deal to end the boundary dispute in eastern Ladakh.

In July of last year, they had a bilateral encounter on the margins of another SCO summit in Dushanbe, Tajikistan’s capital. In September, another summit was held in Dushanbe.

The Chinese visit coincides with a new round of controversy surrounding his remarks on Kashmir at a Pakistani television programme. New Delhi slammed the comments, calling them “uncalled for,” and stating that Jammu and Kashmir is an internal Indian issue that both Pakistan and China are aware of.