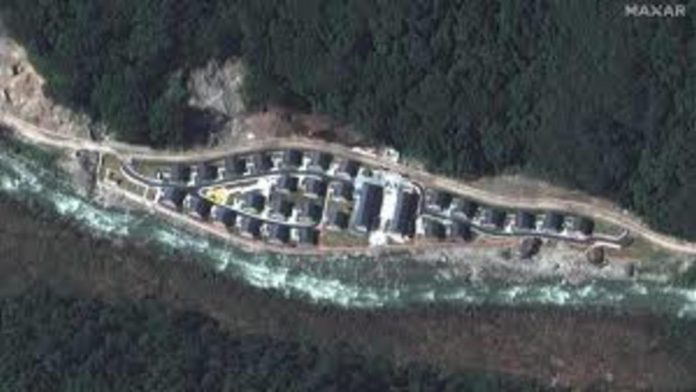 New satellite photographs posted by a top satellite imagery expert on Chinese military expansion show what appears to be Chinese settlements being built in Bhutanese territory in the last year. Several new settlements have sprouted throughout a 100-square-kilometer area. The disputed terrain is located near the Doklam plateau, where India and China clashed in 2017, after which China circumvented Indian defences to continue road work in the region, which was the initial source of disagreement between the two countries.

India is particularly concerned about the new development on Bhutanese land since India has long counselled Bhutan on its foreign policy and continues to train its armed forces. Bhutan has been under persistent Chinese pressure to rewrite its land borders; the terms of this agreement have never been fully defined, and it is unclear whether the development of these new villages on its soil is a part of it.

China was building a town near the Doklam plateau last year, where the Chinese and Indian troops engaged in a heated confrontation in 2017.

The settlement was 2 kilometres within Bhutan’s territory, extremely near to Doklam, according to images shared by a senior journalist with the Chinese state media.