China-India Face Off Begins Again Near LAC In Arunachal Pradesh 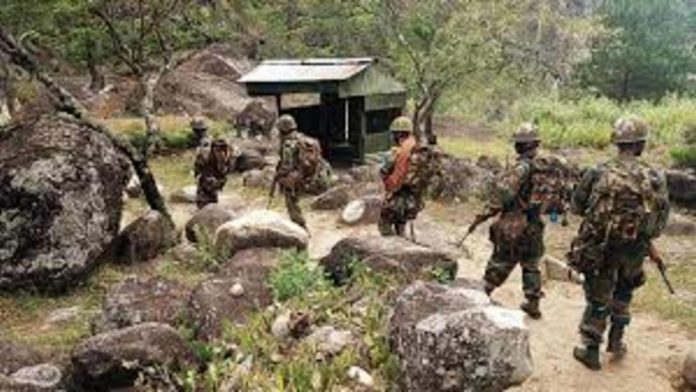 The clash between Indian and Chinese forces occurred last week during a routine patrol near the Chinese border. According to sources, Indian troops intercepted 200 Chinese personnel along the border.

After the local commanders settled the matter, both sides’ forces disengaged.

According to sources, the two sides’ interaction lasted a few hours and was settled according to protocol. During the engagement, no damage was done to the Indian defences.

Meanwhile, India said on Thursday that it expects China to act quickly to resolve the remaining issues along eastern Ladakh’s boundaries while adhering to bilateral agreements and norms.

Arindam Bagchi, a spokesperson for the Ministry of External Affairs, said India has reaffirmed that China’s “provocative” behaviour and “unilateral” moves have disrupted the region’s peace and tranquilly.

When asked about rumours of Chinese invasions, Bagchi said he couldn’t comment on military matters and that the Ministry of Defense would be able to remark.

“It is our expectation that China will work towards early resolution of the remaining issues along the line of actual control in eastern Ladakh while fully abiding by bilateral agreements and protocols,” Bagchi said at a media briefing here.

He further mentioned that External Affairs Minister S Jaishankar met with his Chinese colleague Wang Yi on the sidelines of the SCO conference in Tajikistan last month and relayed India’s position.