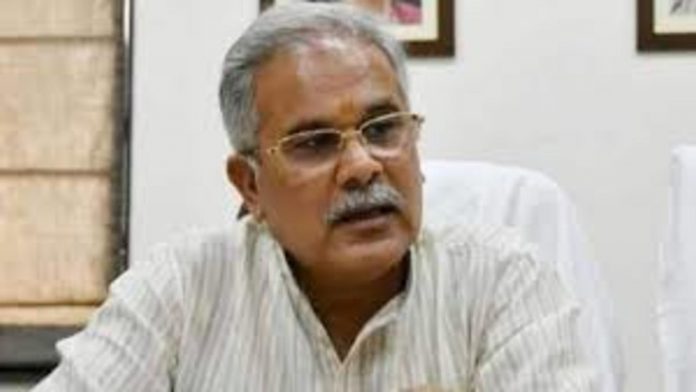 Chief Minister Bhupesh Baghel on Friday dismissed the idea that the Chhattisgarh Congress would be open to BJP MLAs switching parties ahead of the 2023 assembly elections, claiming that even BJP followers and workers are delighted with his programs, such as the Godhan Nyay Yojana.

Baghel added that even BJP party workers and supporters are pleased with his plans while speaking at the press conference in Raipur on Friday. “I recently received a letter from a BJP worker in Mungeli who stated that he is losing his mind because my government has put the procurement of cowdung on hold. “I started a cowdung purchase scheme, and the worker claimed he had roughly 20 animals, which he expanded to 60 when I launched it,” Baghel added.

Whether it’s the Godhan Nyay Yojana, Rajiv Gandhi Kisan Yojana, or Mazdoor Nyay Yojana, the BJP in Chhattisgarh has been broken, according to Baghel.

When asked if the Congress party will welcome anyone from the BJP ahead of the 2023 elections, Baghel stated the state does not believe in Aayaram-Gayaram politics. “Some people were included in my predecessor’s group (Dr Raman Singh), and we all know what happened after that.”

When asked why the BJP keeps talking about a schism in the Congress over the CM problem, Baghel stated that the state in charge, PL Punia, had clarified that there is no such discussion, and that the matter should have been settled then and there. They (the BJP) know that this is a farmer-led administration that will not be destabilized, therefore they continue to try to split our party, according to Baghel.

In response to former CM Dr Raman Singh’s recent outbursts, Baghel honestly stated that he (Singh) is relevant because of him. “When I went to Assam for a news conference, Singh was there, and now that I’ve been selected as a senior observer in UP, Dr Singh is travelling the state again,” he continued.

Baghel said that data shows that churches increased during the BJP government’s tenure in Chhattisgarh, refuting the BJP’s claims of conversions in the state. He also chastised the BJP for allegedly instigating recent communal riots in Kawardha.