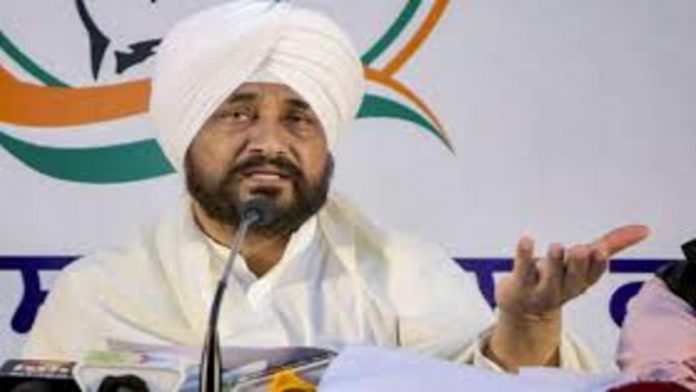 Punjab Chief Minister Charanjit Singh Channi was denied to fly twice during the day due to the imposition of flying restrictions as the PM Narendra Modi visited poll-bound Punjab to address his first physical rally in the state. Due to denial of flying twice Mr Channi missed the AICC leader Rahul Gandhi’s rally in Hoshiyarpur as he could not fly.

Attacking Aam Aami Party leader Arvind Kejriwal, Mr Channi accused him of misleading the people in the name of ‘politics of change’. He asserted that every third person the party has a criminal history. He also said that Shiromani Akali Dal (SAD) was the number one in having highest number of candidates having a criminal history and after that AAP.

The Punjab Chief Minister also said that the AAP candidates are those who were denied for tickets from other parties. He questioned that how the AAP leader Kejriwal can speak for change?. The Congress party had promises to give free education in schools and colleges and one lakh jobs in the first year of it’s tenure if voted to power after February 20 elections. Mr Channi also claimed that the Punjab people can see the “falsehood” Of Kejriwal through open eyes.

However, reacting to the allegations from other parties, Arvind Kejriwal said that the rival parties are trying to attack him and the AAP’s chief ministerial face for Punjab Bhagwant Mann as they want to resist the formation of an honest government in the state.

Kejriwal also said that the only fault he and his party members is that they all talk about the improvement of schools, colleges, hospitals in Punjab, providing jobs to the unemployed and also justice of sacrilege.