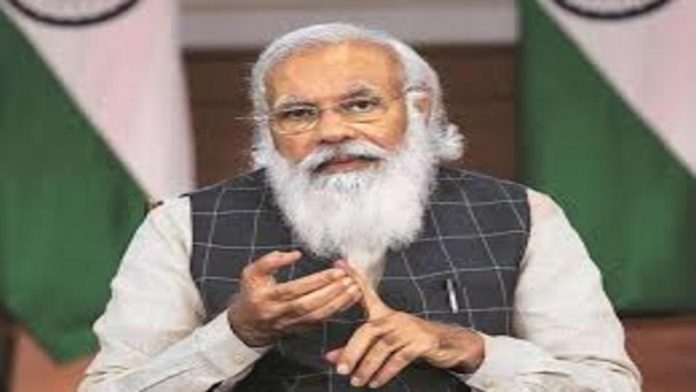 As Prime Minister turns 71, the government is now aiming at a Covid-19 vaccination record today. The BJP has also planned a 20 day meg event to mark his “20 years in public service”. Event has been named as “Seva and Samarpan Abhiyan”.

“Let’s do #VaccineSeva and give him (PM Modi) birthday gift by getting vaccinated those who have not taken the dose so far,” said Union Health Minister Mansukh Mandaviya motivating people to get vaccinated.

For today, the ruling party has set a target of vaccinating 2 crore beneficiaries and trained about eight lakh volunteers for the purpose. The leaders from BJP have been asked to promote vaccinations and states to increase the rate of their daily vaccination.

During the 20-day mega event that will proceed till October 7 –  the day on which PM Narendra Modi was sworn-in as the Gujarat Chief Minister in 2001 – the party will hold enormous sanitation and blood donation campaigns, and send five crore postcards to the Prime Minister to praise him for his endeavours as party leaders devote themselves in public service, said BJP.

Meanwhile, in UP the party will hold a mission of cleaning Ganga waterway at 71 destinations. The state is up for assembly polls next year.

Health campaigns will also be held to distribute food items under ‘Pradhan Mantri Garib Kalyan Yojana’, with females playing a key part. “All representatives will go to vaccine centres with an aim to spread awareness and thank the Prime Minister,”  the party leaders have been told.

On October 2, Gandhi Jayanti, a big cleanliness mission will be held and a public message will be conveyed, empowering the utilization of Khadi and local items.

Kids who have been orphaned because of Covid will be enrolled by the BJP members so that they can get benefits from the PM-CARES fund.

All gifts received by PM Modi will be auctioned on the government site pmmemontos.gov.in., said the ruling party.

Prime Minister’s party has been celebrating PM Modi’s birthday as “Seva Diwas” (Service Day) since 2014 when he became the Prime Minister. The party arranges government assistance activities all over the country for a period of seven days however this time it has stretched out the celebrations to 20 days as PM Modi is finishing his twenty years holding public service.