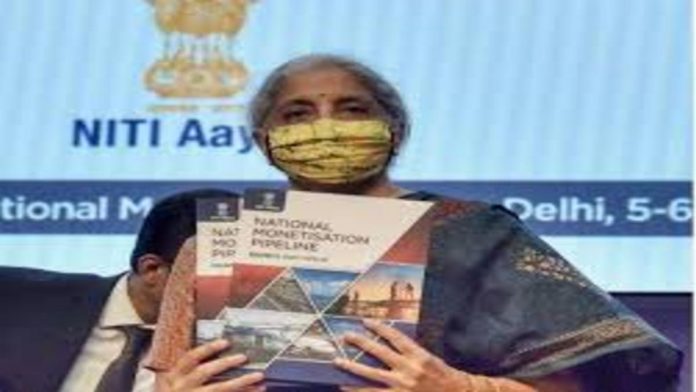 The National Land Monetization Corporation (NLMC) was approved by the Union Cabinet on Wednesday to monetize surplus land and building assets of Central Public Sector Enterprises (CPSEs) and other government bodies.

“By monetising underutilised and under-used assets, the government would be able to produce large profits.” CPSEs now retain significant surplus, underutilised, and under-utilized non-core assets in the form of land and buildings,” the government said in a statement following a Cabinet meeting chaired by Prime Minister Narendra Modi.

Finance Minister Nirmala Sitharaman announced plans to establish a special purpose entity for this purpose in the Union Budget 2021-22.

According to sources, the railways, telecommunications, and defence ministries are among the important ministries with the most surplus land, while several CPSE parcels are in ideal areas with high potential.

Apart from the selective sale and privatisation of state-owned firms, the Centre’s aim to decrease its corporate footprint to a bare minimum and generate resources for future asset creation includes the monetisation of idle land.

The government announced a four-year National Monetisation Pipeline (NMP) of Rs 6 lakh crore in September. Over 66 percent of the entire estimated value of assets to be monetised will be made up of assets in the road, rail, and electricity sectors.

However, progress on these fronts has been slow thus far, with the government significantly lowering its disinvestment ambitions. Lack of identified revenue streams in specific land assets, dispute resolution process, multiple litigations, lack of clear titles, and poor investor interest in remote land parcels are some of the significant issues that NLMC may encounter.

“Monetization of surplus land and non-core assets is critical for CPSEs experiencing strategic disinvestment or closure to unleash their value.” The monetization of these assets will be supported and carried out by NLMC. This will also allow for the productive use of these underutilised assets, resulting in private sector investments, new economic activity, a boost to the local economy, and the generation of financial resources for economic and social infrastructure, according to the government.

Surplus land and building assets of CPSEs undergoing closure, as well as surplus non-core land assets of Government-owned CPSEs undergoing strategic disinvestment, shall be owned, held, managed, and monetised by the NLMC. The closure of CPSEs will be accelerated, and the strategic disinvestment of Government-owned CPSEs will be smoother, according to the statement.

Surplus land asset monetisation will be an agency function for NLMC, and it will assist and provide technical assistance to the Centre in this regard. The NLMC board would be made up of top government officials and distinguished experts, with a merit-based selection process for the chairman and non-government directors, according to the announcement.

While the government had set a target of Rs 1.75 lakh crore for disinvestment in its Budget forecasts for 2021-22, it has now been lowered to Rs 78,000 crore, with a target of Rs 65,000 crore for the following year. Any effort to boost the target amount of Rs 78,000 crore will be contingent on the completion of Life Insurance Corporation’s proposed public offering by the end of March.

With a total market capitalization on the BSE of over 22 lakh crore, the Adani group of companies has surpassed the Tata-led conglomerate to...
Read more
BUSINESS OPURTUNITIES