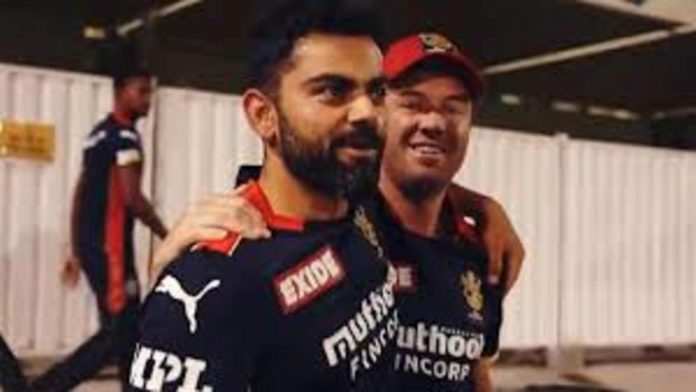 Following the end of his quarantine in Dubai, Royal Challengers Bangalore captain Virat Kohli has joined the RCB squad for training ahead of the second round of the Indian Premier League 2021.

“Bold Diaries: Virat Kohli joins the RCB team after quarantine. There were smiles, hugs and laughter in the RCB camp as captain Virat Kohli, Mohammed Siraj and some of our foreign players had their first hit in the nets,” The Royal Challengers Bangalore (RCB) tweeted a video of captain Virat Kohli having a hit while training with other overseas recruits.

Kohli, Siraj, and a few other international players have completed their quarantine and are training in the nets in preparation for the revival of the IPL in 2021.

Kohli and Siraj arrived in Dubai on Sunday for the second part of the IPL 2021 tournament. After the fifth and final Test between India and England at Old Trafford in Manchester was cancelled owing to a Covid outbreak in the Indian camp, Kohli and Siraj left the UK. However, all the players had returned negative tests.

Before the IPL 2021 was postponed due to many positive Covid instances inside the bio-secure bubble, Bangalore was ranked third on the points table, behind Delhi Capitals and Chennai Super Kings. The event was then shifted out of India, with the BCCI deciding that the remaining T20 league matches will be held in the United Arab Emirates.

RCB players will wear blue jerseys to show solidarity and support for frontline workers, the team announced on Tuesday. On September 20, RCB will kick off their UAE leg of the tournament against Kolkata Knight Riders at Sheikh Zayed Stadium in Abu Dhabi.