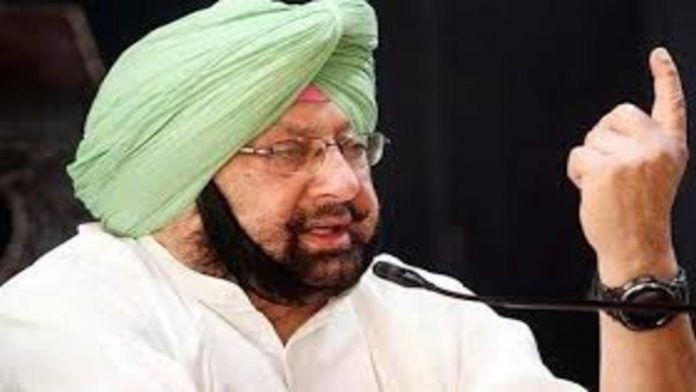 Former Chief Minister of Punjab Amarinder Singh has announced to form a new political party on Tuesday. The party is open for an alliance with BJP.
Mr Singh had hinted up on the possibility of joining BJP last month when he met with the Union Home Minister Amit Shah that set off this buzz.

His media advisor Raveen Thukral in a series of tweets said, “Will soon announce the launch of my own political party to serve the interests of Punjab & its people, including our farmers who’ve been fighting for their survival for over a year”.

“Hopeful of a seat arrangement with @BJP4India in 2022 Punjab Assembly polls if #FarmersProtest is resolved in farmers’ interest. Also looking at alliance with like-minded parties such as breakaway Akali groups, particularly Dhindsa & Brahmpura factions,” stated another tweet.

However, the former Chief Minister is yet to officially quit the Congress party and the central leadership of the party has yet not commented on the issue. Meanwhile, the Punjab’s cabinet minister Pargat Singh said, “I had already said that the Captain is allied with BJP and Akali Dal, he used to get his agenda from the BJP”.

The 79 year old leader had stepped down from his top position in September citing “humiliation” by Congress in his long bitter feud with Navjot Singh Sidhu and a number of MLAs within the party. He had been with the party for more than four decades.

“There is always an option, and I will use that option when the time comes,” he had said while quitting Congress, adding that he would plan his future course of actions after discussing with his “friends”. “You can be old at 40 and young at 80,” he said saying that his age is not any hurdle.

The veteran leader, who was said to be a loyalist to the Gandhi family for his tenure of over four decades in the party was also served a blistering criticism from the party chief.

“I was ready to leave after the victory but never after a loss… If she (Sonia Gandhi) had just called me and asked me to step down, I would have. As a soldier, I know how to do my task,” Mr Singh had said.
During his meeting with Amit Shah at the end of September, he had discussed the prolonged farmers agitation against Farm Laws. He had even asked the Union Minister “to resolve the crisis urgently with repeal of the laws and guarantee MSP, ” he said.