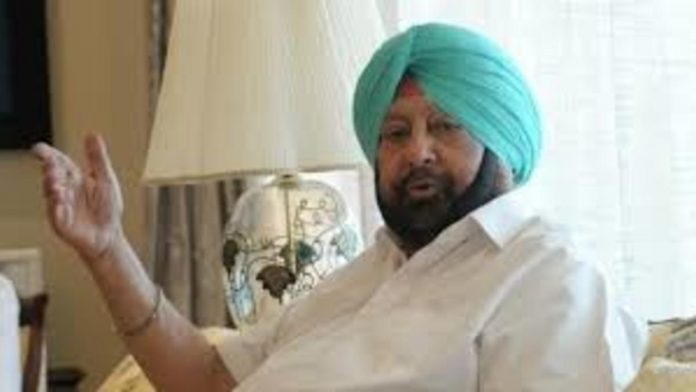 Amarinder Singh blamed the Gandhis for the Congress’s loss in the Punjab assembly elections on Monday, stating that the party was well-positioned in the state before he was deposed as chief minister.

Singh took shots at the ‘pompous’ state Congress president Navjot Singh Sidhu and the ‘corrupt’ Charanjit Singh Channi, who succeeded him as CM, in a statement released a day after the Congress Working Committee (CWC) assessed the party’s humiliation in five states.

Amarinder Singh abandoned the Congress after being ousted as Chief Minister last year and formed his own Punjab Lok Congress.

He chastised the CWC for attempting to pin the Congress’ loss in Punjab on him rather than “gracefully recognising their own faults.”

“The Congress has lost not just in Punjab, but also in Uttar Pradesh, Uttarakhand, Goa, and Manipur, and the Gandhis are solely to blame,” he claimed.

“People all throughout the nation have lost trust in the Gandhis’ leadership,” he remarked, referring to Sonia Gandhi, Rahul Gandhi, and Priyanka Gandhi Vadra, all members of the Congress party.

In the recently concluded assembly elections, the Congress received just 18 members, while the Aam Aadmi Party won 92 seats in a House of 117.

Several top figures inside the party, according to Amarinder Singh, are blaming the party’s poor performance in the state on infighting and Navjot Sidhu’s “anti-party” utterances.

“The day they chose to endorse an unstable and pretentious person like Navjot Sidhu and choose a dishonest guy like Charanjit Singh Channi as chief minister only months before the elections, the party created its own coffin in the border state,” he said in a statement.

Singh said that the CWC leaders who claimed there was substantial “anti-incumbency” against his administration had conveniently forgotten that he had won every election for the party since 2017, including the local body elections in February 2021, only seven months before his unceremonious dismissal.

These officials are basically sycophants who are attempting to hide the family by shifting responsibility and obfuscating the truth,? he said.

He felt that the Congress has no future in its current form.

The actual cause for the loss in Punjab, according to Singh, was the party’s high leadership favouring and then failing to rein in members like Navjot Sidhu, who “engaged in destroying the party’s image for their own personal advantage.”

The party’s upper headquarters joined forces with Navjot and others to discredit me, and in the process, the party was completely discredited.?

Despite the fact that he owed no answer to the CWC or the Congress, Singh claimed he opted to respond to their remarks in order to explain his stance to the people of Punjab, to whom he still felt responsible.

Following a heated rivalry between him and Navjot Sidhu, Amarinder Singh was forced to quit as Chief Minister in September.

Singh’s new party did not gain any seats in the 2022 elections.