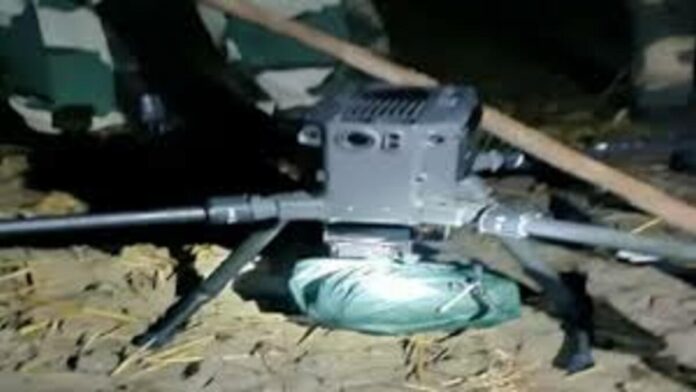 A similar incident of shooting down a Pakistani has now from Punjab’s Amritsar just days after from Punjab’s Ferozepur. The drone was shot down by the Border Security Force (BSF) immediately after it entered the international border near Amritsar.

The forces after careful scrutiny recovered a polythene bag, inside which there were many suspected items.

The deployed forces at the border heard a buzzing sound near the border which they suspected of a drone entering from Pakistan into the Indian territory. The forces then obstructed the drone by firing and soon after a bullet hit the drone it fell down.

Soon after the incident, the area was cordoned off and the and all concerned agencies were informed about the incident.