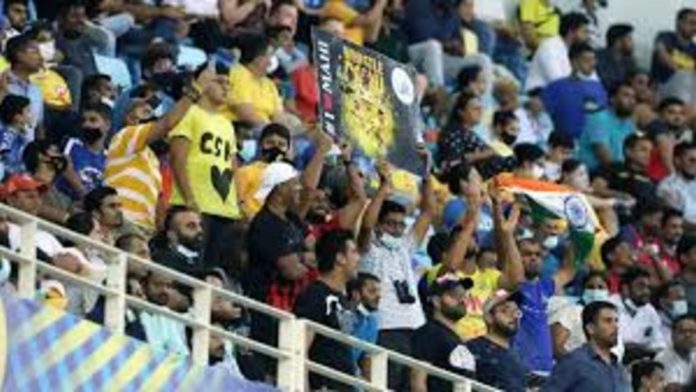 The UAE leg of the IPL 2021 will not be broadcast in Afghanistan, as it has been in the past, due to the possibility of “anti-Islamic content” being broadcast during the broadcast. The Taliban have taken control of Afghanistan. Most types of entertainment, including numerous sports, have been outlawed by the dictatorship, and women have been barred from participating in sports entirely. M Ibrahim Momand, a former media manager for the Afghanistan Cricket Board and a writer, tweeted that the IPL is banned in the country owing to suspected anti-Islam content, girls dancing, and the presence of barred hair women in the Taliban’s Islamic Emirates.

Despite the fact that the hardline Islamists have shown they don’t mind men playing cricket by organising a match in Kabul shortly after foreign forces withdrew, Afghanistan’s new director-general for sports, Bashir Ahmad Rustamzai, has refused to say whether women will be allowed to play sports, deferring the decision to top-level Taliban leaders. The takeover has cast doubt on Afghanistan’s future participation in Test matches, as nations are required by the International Cricket Council to have an active women’s squad.

Earlier this month, Australia’s cricket authorities threatened to cancel a historic first Test match between the two countries, scheduled for November, after a top Taliban official said on television that women’s participation was “not necessary.” After a top Taliban official remarked on television that women’s involvement was “not necessary,” Australia’s cricket administrators threatened to postpone a historic maiden Test match between the two countries set for November.

The Afghan men’s squad will also compete in the T20 World Cup in the United Arab Emirates and Oman from October 17 to November 14. Last Monday, the Afghanistan Cricket Board (ACB) begged Australia not to punish its men’s team, claiming that it was “powerless to change Afghanistan’s culture and religious environment.” Later, ACB chairman Azizullah Fazli told SBS Radio Pashto that he believes women will be allowed to play. He claimed that all 25 members of the women’s team had opted to stay in Afghanistan, although a BBC report earlier this month reported members were in hiding.