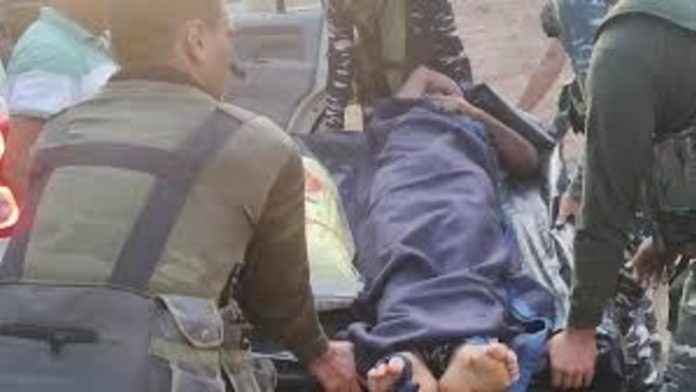 The jawans of the CRPF’s 211 battalion were on their way to Jammu on a special train when the grenade in the dummy cartridge box exploded.

“Around 6.30 a.m. today, a minor explosion was observed on a CRPF special train at Raipur railway station. The train was traveling from Jharsuguda (Odisha) to Jammu “Prashant Agrawal, the Raipur Superintendent of Police (SP), said.

While the CRPF battalion was relocating at Raipur Railway Station, a crate containing detonators fell down by accident.

As many as 29 detonators exploded, injuring three people who were sent to the hospital for treatment. After receiving first assistance, two of them were freed.

“The explosion happened as a container containing detonators and HD cartridges was being moved. The container dropped into coach number-9 while being moved in the railway, resulting in the explosion “According to Agrawal.

Chouhan Vikas Laxman, the head constable, was sent to a private hospital here, while others were sent on their way after receiving first aid, he added.

According to reports, top CRPF personnel have arrived to the hospital.