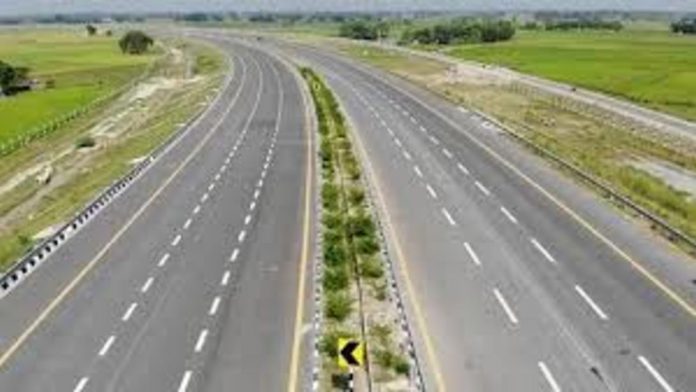 Former state chief minister Akhilesh Yadav blasted the BJP for claiming the “achievements of his government” (2012-17) as their own as Prime Minister Narendra Modi opened the 341-kilometer Purvanchal Expressway in Uttar Pradesh on Tuesday.

“The ribbon came from Lucknow, and the scissors came from Delhi; there’s a squabble over who gets credit for the SP’s job,” he wrote on Twitter.

Akhilesh had tweeted a photo of himself during a 2016 event to lay the expressway’s foundation stone on Monday. “A image from history: When socialists lay the groundwork for Purvanchal’s modern future,” he remarked.

The ambitious Purvanchal Expressway connects Lucknow, the state capital, with Ghazipur, on the Ganga, in the state’s eastern end. UP now has 800 kilometres of world-class highway running from west to east, thanks to the Greater Noida-Agra and Agra-Lucknow expressways.

The Akhilesh government, which built the 302-kilometer Agra-Lucknow expressway, proposed another expressway in Eastern Uttar Pradesh, connecting Lucknow to Ballia on the Bihar border, former Prime Minister Chandra Shekhar’s home district and Lok Sabha constituency, an area with a strong Samajwadi Party base.

Less than three months before his administration lost power, Akhilesh lay the foundation stone of the “Samajwadi Purvanchal Expressway” with the help of his ministers. The opposition responded angrily to the usage of the word “Samajwadi” in the project’s name so close to the elections.

Tenders were floated for the projected 353-kilometer highway, which would be built in six sections. However, by that time, less than half of the land required for the major highway had been secured, and the Akhilesh government was unable to commence work on the project due to the announcement of elections shortly after.

About a year after assuming office, the Yogi Adityanath government annulled the earlier tenders and issued new ones with alterations to the projected expressway’s routing, which now runs from Lucknow to Ghazipur instead of Ballia, and connects to Ayodhya.

Barabanki, Amethi, Ayodhya, Sultanpur, Ambedkar Nagar, Azamgarh, and Mau are all part of the 341-kilometer greenfield project. A few months after Modi placed the foundation stone, construction began in October 2018.

The BJP has claimed that the 2016 foundation-laying event was “fraudulent” because more than half of the project’s land was acquired under the Adityanath administration. The project could not have started without at least half of the land in hand. The Purvanchal Expressway, according to the Uttar Pradesh government, has a distinct route and is thus a new project that was started from the ground up, including land acquisition and tendering.