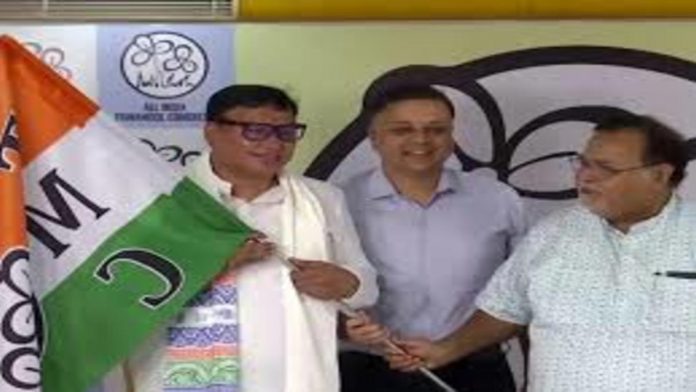 Krishna Kalyani, the Bharatiya Janata Party’s MLA from Raiganj in north Bengal, joined the ruling Trinamool Congress on Wednesday, dealing another blow to the party.

At least five legislators, including Kalyani, have joined the TMC since Mamata Banerjee’s party won a landslide victory in the West Bengal assembly elections in May this year. Babul Supriyo, a former Union minister and party MP, joined the TMC last month.

He left the BJP on October 1 after receiving a show cause notice for publicly criticizing senior party figures such as BJP state president Sukanta Majumdar and former Union minister and Raiganj MP Debasree Chaudhuri.

“This is his individual point of view. I’m not going to say anything. He has been estranged from the group for a long time. He is a successful businessman. Everyone is aware of what a businessperson must do to succeed in the state. In the future, the people of Raiganj will respond appropriately,” Majumdar said.

Firoze Kamal Gazi alias Babu Master, another BJP politician, has also left the party. He had lately joined the BJP after previously being an influential TMC leader and a strongman from Basirhat in North 24 Parganas. He even apologized to Mamata Banerjee, the TMC chief.

Abhishek Banerjee, the TMC’s national general secretary and Mamata Banerjee’s nephew, recently stated that some BJP leaders are prepared to join the TMC, but that the ruling party has not yet opened its doors to all of them.

“The day we open our doors, the BJP will be wiped out in West Bengal the next day,” Abhishek Banerjee declared at a rally last week.