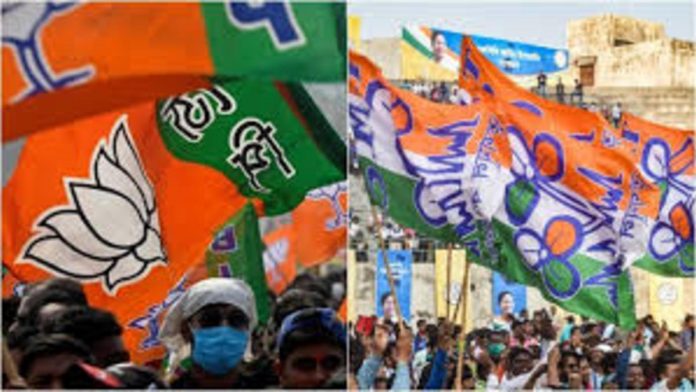 After meeting with senior SEC officials on Thursday, Leader of the Opposition Suvendu Adhikari told reporters that the BJP wants the elections for the three civic bodies to be cancelled because of “intimidation and threats to BJP candidates, as well as acts of physically preventing them from filing nomination papers.”

“We told Sourav Das, the SEC, and N Shandilya, the commission secretary, that what happened in the three civic organisations was a complete farce of democracy. Why can’t elections in these three civic bodies be postponed for another six months if the ruling party can postpone municipal elections for nearly two years? “he stated

If the demand is not met, Adhikari stated the BJP will begin an agitation. The BJP leader also urged that central armed paramilitary forces be deployed in the February 12 municipal elections in Bidhannagar, Siliguri, Chandernagore, and Asansol.

“The MHA will dispatch central forces consignments with a 24-hour notice. Let the SEC, as an independent agency, make the choice to ensure free and fair elections. Allow the central forces to participate in the February 27 municipal elections in 108 municipalities “he stated

TMC spokesperson Kunal Ghosh responded to Adhikari’s proposal by saying, “Who is Suvendu Adhikari to demand that the municipal elections be annulled? Is he expecting the SEC to follow his lead?”

Udayan Guha, a TMC MLA from Dinhata, refuted the BJP’s charges. “During the last assembly and Lok Sabha elections, it was the BJP that wreaked havoc in Coochbehar. However, the public is gradually turning against them. The BJP is having trouble finding candidates in Dinhata, and the Congress and CPI(M) have been decimated for a long time “he stated