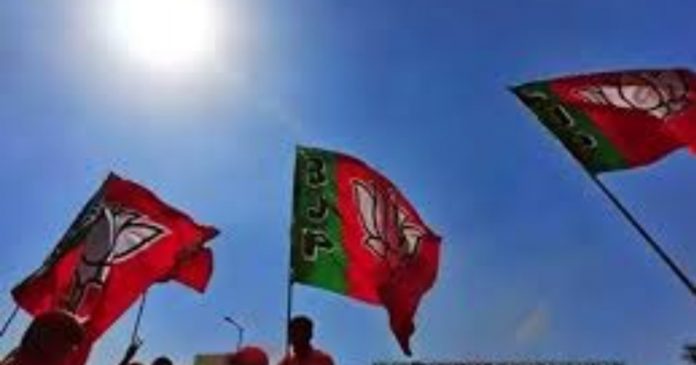 The Bharatiya Janata Party (BJP) announced the names of candidates for the 144-ward Kolkata Municipal Corporation (KMC) elections on Monday, inducting more than 48 youthful faces to take on the Trinamool Congress, which is currently in power (TMC).

After the Assembly election catastrophe in Bengal, in which the TMC swept most of the seats, this civic poll would be a prestige war for the saffron brigade to stay afloat in Bengali politics.

In contrast to the induction of TMC defectors and celebrities into the party ahead of the 2021 Assembly elections, the BJP has fielded party officials, old workers, and active members to run in the KMC elections.

“We have selected around 48-50 fresh faces and nearly 50 women to contest the KMC polls,” Pratap Banerjee, the BJP’s in-charge of the next KMC election management committee, said at a press briefing. Five lawyers, one ex-colonel, three doctors, and four teachers/professors are among the participants. We’ve given approximately 21 businessmen and students a chance, and we’re expecting positive outcomes.”

Banerjee questioned why the State Election Commission released a poll notification for the KMC when the case is still being heard in the Calcutta High Court.

“It is sad that the State Election Commission decided to hold the KMC polls despite knowing that the matter is pending for hearing in the court,” said BJP Spokesperson Shamik Bhattacharya, who was also present at the event. We wanted to take on the ruling TMC in all civic elections at the same time. Civic polls do not frighten us.”

“We have not segregated the list based on caste,” he responded when asked how many minority candidates are on the candidate’s list. The BJP does not campaign on the basis of caste or religion. We’ve offered tickets to those who are well-connected in their respective communities.”

“Let them do the shooting now,” he stated, referring to why (unlike the 2019 Lok Sabha and 2021 Assembly Elections in the State) they have not granted tickets to celebrities.

In the KMC elections in 2015, the ruling party won 126 wards in Bengal. Elections for the KMC, as well as 112 other municipalities and municipal organisations, were set to take place in April-May 2020. Because of the COVID outbreak, the elections were postponed.

Currently, state-appointed boards of administrators oversee all civic bodies in the state.

The deadline for submitting nominations is December 1, and the candidates will be scrutinised on December 2.

The deadline for candidates to withdraw is December 4, and the election will be held on December 22.

The BJP has requested that all outstanding civic elections in the state be held at the same time, rather than at different times depending on the TMC’s convenience.