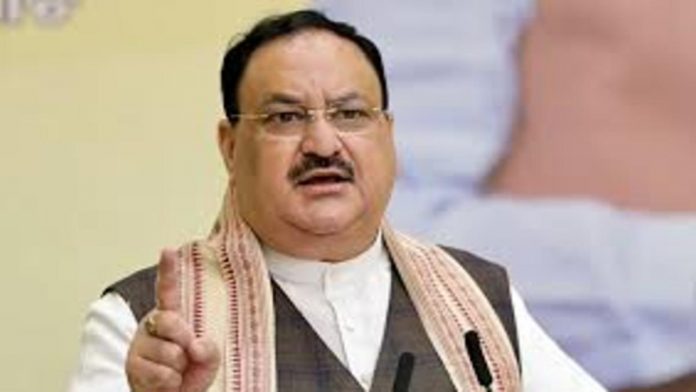 JP Nadda, the BJP’s president, said at a press conference on Wednesday that the ruling party will fight the next Uttar Pradesh Assembly election in an alliance with Apna Dal (S) and Nishad Party.

“We are fighting polls together with Apna Dal (S) and Nishad Party. We have had detailed discussions. We are here to announce that we will fight polls together across all 403 seats in Uttar Pradesh,” JP Nadda said.

Within the National Democratic Alliance (NDA), the exact seat distribution has yet to be announced.

Apna Dal (S) leader Anupriya Patel said, “The NDA has proven to be an effective cocktail of development and social justice.”

Nishad Party chief Sanjay Nishad said, “We are fighting together on 403 seats. We have had every discussion without any disturbance. Our discussions were for ‘jeet’ [win], not seats.”

BJP’s First List of Candidates
The BJP released its first list of candidates for the upcoming Uttar Pradesh Assembly election on Saturday.

Uttar Pradesh’s most recent assembly elections, held in 2017, were also held in seven phases. 312 of the state’s 403 Assembly constituencies were won by the Bharatiya Janata Party and its allies.

The NDA, Akhilesh Yadav’s Samajwadi Party, the Congress, and Mayawati’s Bahujan Samaj Party are expected to fight it out in the Uttar Pradesh Assembly elections this time.