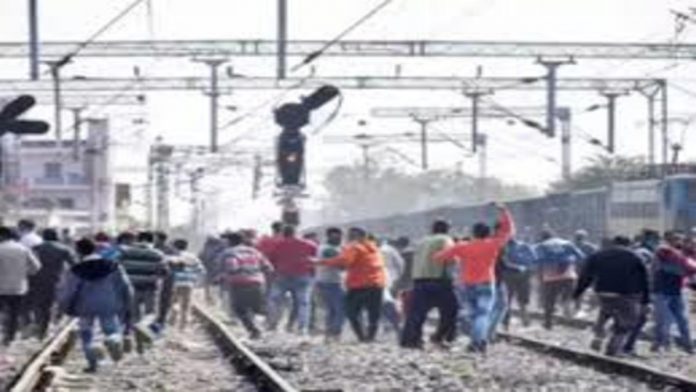 Students in Bihar have called a Bandh over alleged irregularities in results of railway recruiting exams. NDA allies VIP and HAM and RJD-led alliance have also supported the students in their protest.

Thousands of students have come out on streets to protest against Railway Recruitment Board’s examination procedure. The protest was fuelled after several students complained about irregularities in RRB recruitment process.

The students’ anger rose after the government decided to conduct two computer bases tests (CBT) for the RRB Non-Technical Popular Categories (NTPC). On January 14, the results for CBT-I of Group D were released which shortlisted students for CBT-II. The Students said that this criterion for recruitment was not mentioned in RRB notification 2019 saying only one exam was mentioned in the notification. They further said that it was unfair for them to appear for another exam. The students even accused the railway borad of “playing with the future of the students”.