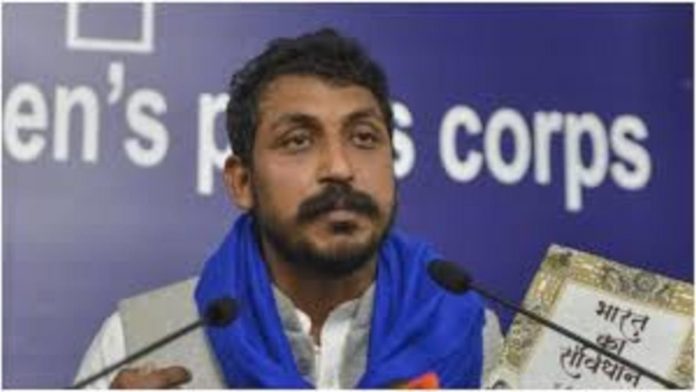 Bhim Army chief Chandra Shekhar Aazad announced on Saturday that his party will not be a part of the SP-led alliance for the Uttar Pradesh Assembly election, just hours after confirming an alliance between his party and the Samajwadi Party (SP).

Chandra Shekhar Aazad claimed that he had attempted to contact Akhilesh Yadav for nearly two months but had received no response. “Our faith was shaken when we didn’t get a response yesterday,” he said.

“In two days, I’ll tell you who you should vote for. Otherwise, we’ll be fighting on our own “Added he.

Earlier in the day, Chandra Shekhar Aazad said that his Azad Samaj Party will campaign with the Samajwadi Party in the state elections. He also planned to attend a joint press conference with Akhilesh Yadav on Saturday at 12.30 p.m.

“The partnership has been formalised. That is why I will be there [for the press conference]. At 10 a.m., I shall inform the press of the terms on which everything has been resolved “Azad informed me.

However, because to Covid-19 restrictions and Section 144 in effect, the police refused to allow Aazad to hold the news conference in his Lucknow office. The police claimed that they had previously served the party with a notification in this respect, but that the party opted to disregard it.

After speaking with the police, the party was given permission to hold the press conference.