Bhagwant Mann To Swear In As Punjab CM’s Today. Ex-Wife And Children To Attend 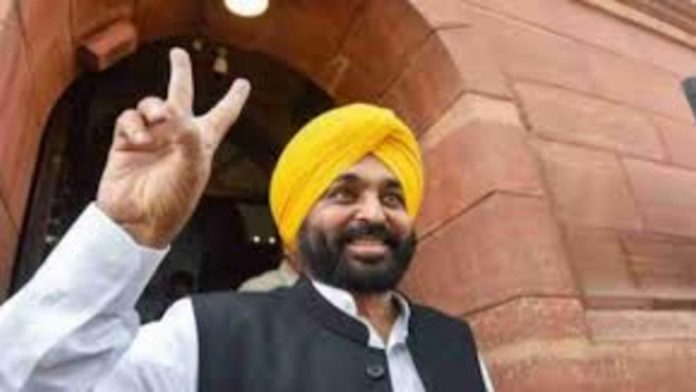 Both of Bhagwant Mann’s children, Seerat Kaur Mann (21) and Dilshan Mann (17), are expected to attend the swearing-in ceremony of Punjab’s CM designate Bhagwant Mann on Wednesday at Khatkar Kalan. Their mother, Mann’s ex-wife Inderpreet Kaur, told the news agency that they had travelled all the way from the United States to attend the wedding.

Bhagwant Mann and Inderpreet Kaur divorced in 2015, and their children moved to the United States with their mother, while Mann continued to campaign for the Aam Aadmi Party (AAP) in Punjab. Inderpreet was Mann’s campaign manager for the Lok Sabha elections in 2014, and he used to campaign for him in Sangrur villages, where Mann was elected as an AAP MP for the first time. The couple did, however, file for divorce in 2015.

“Both our children have arrived in India and will attend Bhagwant’s swearing-in ceremony in Khatkar Kalan,” Inderpreet Kaur said in her first remarks after Mann and AAP’s huge victory in the Punjab assembly elections, while speaking to The Indian Express from the United States. They are both overwhelmed and ecstatic. This emotion will take some time to settle in.”

Bhagwant Mann’s election as Punjab Chief Minister elicited a “very good” reaction from Inderpreet. She went on to say that he had always been and would continue to be in her prayers.

“I constantly worked hard behind his back for his accomplishment.” I have never said anything negative about him. For all these years, he has been and will continue to be in my prayers. Yes, there were physical barriers, but that didn’t stop us from hoping for his success. “I was simply too preoccupied with my career and my children’s schooling here in the United States,” Inderpreet said. She is from Ludhiana’s Barewal.

Mann’s mother Harpal Kaur and sister Manpreet Kaur were often spotted expressing their joy and feelings for Mann’s accomplishment in recent days during Punjab elections, such as when he was declared as AAP’s CM candidate and, more recently, when he led AAP to a landslide win in Punjab on March 10. Mann, on the other hand, has often said in interviews that, even though the whole Punjab is now his family, he still feels sad in the heart when he returns home from work to find his house vacant.

He also showed his affection for his children on social media, wishing them happy birthdays and saying that he misses them. It became tough for him to live through those ten days while his daughter was critical when he recounted how she had stayed on a ventilator immediately after delivery owing to a head injury. Mann commented multiple times on Facebook for his children, “I love you and miss you…”

During his divorce proceedings, Mann had claimed that he had chosen his ‘Punjab family over his own family’. The comedian turned politician had described his divorce as: ‘Jo latkeyan si chiran to o hal ho gaya, Court ch eh faisla kal ho gaya.. ek passey si parivaar, dujey passey si parivaar.. main taan yaaron Punjab de vall ho gaya…’ ( A long pending issue has been solved. The court has decided. I had to choose between my two families. I have chosen Punjab).’