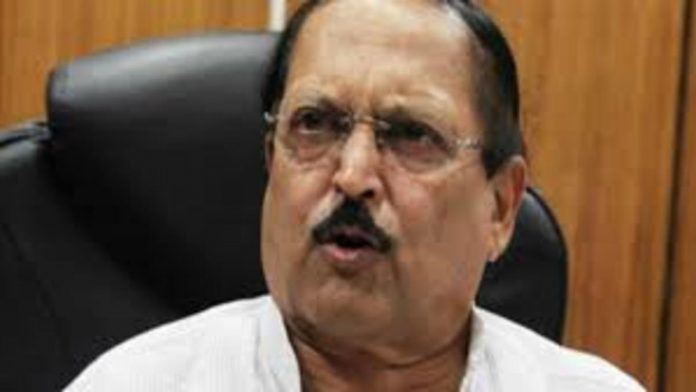 West Bengal Chief Minister Mamata Banerjee said that senior Trinamool Congress leader Subrata Mukherjee died on Thursday while being treated for cardiac illness at a state-run hospital in Kolkata.
Mukherjee, the state panchayat minister, was 75 years old. His wife is the only one who has survived him.

According to state minister Firhad Hakim, the veteran lawmaker who underwent angioplasty earlier this week died at 9.22 p.m. after suffering a major heart arrest.

While performing Kali Puja at her Kalighat residence, the chief minister paid a visit to the SSKM Hospital and revealed that he was no longer alive.

“I’m still in shock that he’s no longer with us. He was a devoted leader of the party. For me, it’s a personal loss “she stated

On Friday, his body will be transported to Rabindra Sadan, a government-owned theatre, where the public can pay their respects. Ms Banerjee stated that it will thereafter be carried to his Ballygunge residence and ultimately to his ancestral home.

The minister, according to medical sources, suffered a’stent thrombosis,’ which is one of the deadly consequences of percutaneous coronary intervention.

Mukherjee, who was admitted to the hospital on October 24 for respiratory problems, had two stents placed into his blocked arteries on November 1, according to reports.

He was afflicted with excessive blood sugar, COPD, and other age-related diseases.

In May, after being arrested and sentenced in connection with the Narada sting tape case, the former Kolkata mayor was hospitalised with similar symptoms. He had been released on bond.

During Indira Gandhi’s second stint as Prime Minister in the 1970s, Mukherjee was a rising Congress leader from West Bengal. Somen Mitra and Priya Ranjan Dasmunsi, two other Congress politicians, had formed a trident with him.

“I’ve been through a lot of bad luck in my life, but this is a major setback. I doubt there will ever be another man like Subrata da, who was both kind and hardworking. His soul belonged to the party and his constituency (Ballygunge). Subrata da’s body will not be visible to me.”

“The hospital’s principal informed me this evening that Subrata da is OK and would return home tomorrow. Doctors gave it their all “Ms. Banerjee explained.

Adhir Chowdhury, the president of the West Bengal Pradesh Congress, expressed his condolences as well.

“This is a significant setback for West Bengal. It’s as though I’ve lost touch with my older brother. I went to see him in the hospital a few days ago and spoke with him. It’s a major setback for Indian politics “he stated

“It’s unquestionably depressing. In the cabinet of Siddhartha Shankar Ray, he was the youngest Cabinet minister. He was a well-liked politician from then until now. May his spirit find eternal rest.”

Bikas Ranjan Bhattacharya, a senior CPI(M) leader and former Kolkata mayor, remarked, “He’s a politician from another age. He has always been a cheerful person and a shrewd politician. We may have some differences of view, but I think he’s one of the best Benal politicians I’ve ever seen.”

Mukherjee was also the president of a club that puts out one of the city’s most prominent Durga Pujas.