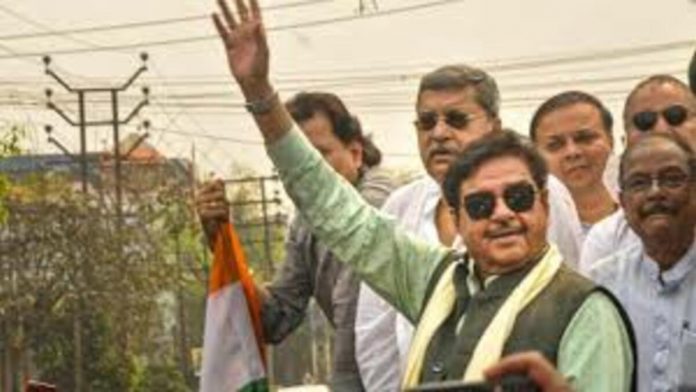 The primary opponents in Asansol, one of Bengal’s biggest cities, are a “outsider” and a candidate who refers to herself as the city’s “daughter.” Mr Sinha is up against Agnimitra Paul, a designer-turned-MLA from the BJP. Mr Supriyo, a former BJP MP who converted to the Trinamool Congress last year and pledged loyalty to Mamata Banerjee, left the Asansol parliamentary seat empty.

Following the death of state Minister Subrata Mukherjee, a bypoll for the Ballygunge Assembly seat was called. Keya Ghosh of the BJP is running against Babul Supriyo of the Trinamool Congress. Saira Shah Halim of the CPI(M) is running against him.

Voter participation was around 78 percent in bypolls in the Khairagarh Legislative Assembly seat in Chhattisgarh’s Rajnandgaon district. The governing Congress is counting on its pledge to create a new district for Khairagarh to win votes. The death of Janta Congress Chhattisgarh (Jogi) MLA Devwrat Singh in November last year prompted the bypoll. Mr Singh, a descendent of the Khairagarh royal dynasty, left the Congress to join the party founded by former chief minister late Ajit Jogi.

On April 16, Congress candidate Yashoda Verma will be elected MLA from Khairagarh, and on April 17, a new district called Khairagarh-Chuikhadan-Gandai would be established, according to Chief Minister Bhupesh Baghel.

After the death of MLA Musafir Paswan, who had won on the ticket of Bollywood set designer-turned-politician Mukesh Sahani’s Vikassheel Insaan Party (VIP), the Bochahan assembly seat in Bihar’s Muzaffarpur district became vacant. Mr Sahani, who had planned to run Amar Paswan, the son of a former MLA, suddenly lost his cabinet seat and, with it, the faith of his potential candidate. Amar Paswan has switched ship and is now running for the RJD, the party that his father beat to gain the seat.

Mukesh Sahani had gotten into trouble with the BJP after constantly attacking Prime Minister Narendra Modi and Uttar Pradesh Chief Minister Yogi Adityanath while campaigning for assembly elections in the neighbouring state, where his party ran for more than 50 seats but lost badly. He has now endorsed Gita Devi, whose father, Ramai Ram, ran for the RJD in the 2020 assembly elections. The BJP has nominated Baby Kumari, who is known in the area as a “giant killer.” She had won the seat as an Independent in 2015, beating Ramai Ram, who had previously represented Bochahan on numerous parties’ banners.

The RJD is hoping to profit from Mukesh Sahani’s “humiliation,” as well as Chirag Paswan’s recent eviction from the home of his late father Ram Vilas Paswan. According to reports, a portion of the higher castes is angry with the BJP because of the treatment given to top figures from the Muzaffarpur district. According to sources, a large number of Dalits and highly backward castes are unhappy with the BJP.

There were 15 candidates in the race for the Kolhapur North assembly seat in western Maharashtra, while the primary struggle is likely to be between the Congress, one of the Maha Vikas Aghadi government’s components, and the opposition BJP. The Congress nominated Jayashree Jadhav, the late MLA’s widow, while the BJP nominated Satyajit Kadam.