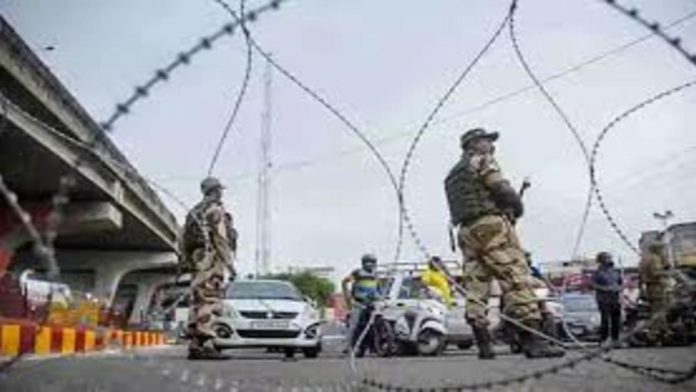 The West Bengal administration has issued a warning to all districts in the state, particularly those near Bangladesh’s border, to increase their vigilance against any attempts to stir up conflict.

During the Christmas season, district administrations have been urged to preserve peace and order, particularly in critical border districts.

Police chiefs have been urged to be wary of the spread of bogus news about violence and vandalism in the neighboring countries, and to oppose any attempts to inflame tensions.

The warning comes after reports of mob attacks on Hindu temples and Durga Puja pandals across Bangladesh in the last week. A rumor that the Quran had been desecrated at a Hindu place of worship in Comilla sparked a wave of religious violence across the neighboring countries, killing six people.

On Sunday night, a mob in Bangladesh’s Rangpur district vandalized 66 Hindu homes and set fire to at least 20 others over an alleged blasphemous social media post.

According to a Bangladeshi police officer, 52 individuals have been apprehended, and a manhunt has been initiated for more suspects as part of a “combing operation” with other security services.

Prior to it, a rumored 500-strong crowd invaded the ISKCON temple in Noakhali, vandalizing the premises, assaulting priests, and allegedly killing a devotee.

Sheikh Hasina, Bangladesh’s prime minister, has committed to bring the perpetrators of the violence to justice, stressing that no one will be spared for the attacks on Hindu temples and Durga Puja venues in Comilla.