At Least 24 Dead In Bihar After Consuming Fake Booze 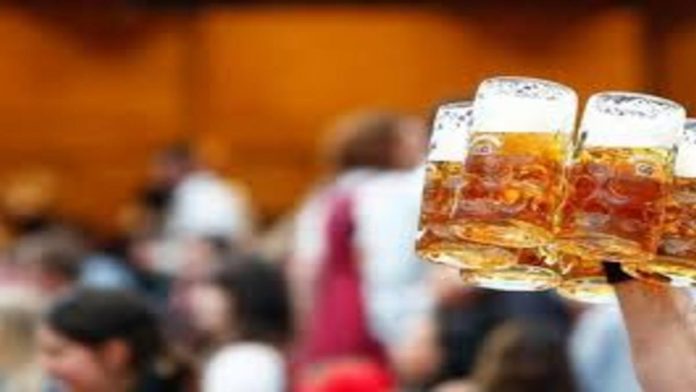 In the previous two days, at least 24 people have died and several more have become unwell after consuming suspected fake booze in Bihar’s Gopalganj and West Champaran districts, where absolute prohibition is in place.

Eight people died on Thursday in Telhua village, Bettiah, the headquarters of West Champaran district, after allegedly consuming hooch, while the death toll in another incident of suspected spurious liquor consumption in Gopalganj climbed to 16 on Thursday, with six more deaths confirmed by district authorities.

The causes of the deaths have yet to be determined by the administrations of both districts. In the previous 10 days, the Telhua hooch tragedy is the third similar incidence in north Bihar.

Janak Ram, a Bihar minister, rushed to Gopalganj. “I have visited the homes of victims who died purportedly as a result of eating fake booze,” he subsequently told reporters. It could be part of a plot to discredit the NDA government.”

“Some persons have died under strange circumstances in Muhammadpur village in the district in the previous two days,” Gopalganj Superintendent of Police Anand Kumar said. Because autopsy findings are still pending, the reason of their death cannot be determined. The case is being investigated by three teams.”

According to the local police, several of the deceased were burned by their families.

They said four people died on Thursday while seeking treatment and two more died on their way to the hospital.

These deaths appear to have been caused by the ingestion of a deadly chemical, and the police have filed a report. According to the police, four people were arrested in connection with the event, which occurred between Tuesday and Wednesday.

Over 20 people, largely from scheduled castes, have been identified by the police as having ingested fake whiskey distributed by local dealers in the vicinity.

Residents of Telhua village’s wards 2, 3 and 4 have been identified as the dead in West Champaran. The district government has yet to confirm the cause of their deaths in this occurrence as well.

The case is being investigated, according to West Champran Superintendent of Police Upendra Nath Verma, and senior officials from the district government and police are camping in Telhua.

Villagers stated that on Wednesday evening, all of the victims had taken alcohol in the Chamartoli region of Telhua village. “Eight of them became ill after consuming alcohol, and they were transferred to a local hospital, where they died today.”

According to accounts, several additional villagers who had taken alcohol have been admitted to several hospitals in the vicinity.

Officials reported that eight people have perished in a hooch tragedy in Rupauli village in Muzaffarpur district since October 28, and four more are being treated in Muzaffarpur hospitals.

Around 70 individuals died and many more lost their eyesight after ingesting allegedly counterfeit booze in the districts of Nawada, West Champaran, Muzaffarpur, Siwan, and Rohtas between January and October this year, they added.

On the sidelines of his weekly outreach programme, Nitish Kumar told reporters on Monday that the alcohol ban is in the best interests of society. “Alcohol is a nasty thing, so we put prohibition in place throughout the state.” When liquor is ingested in an adulterated form, the negative consequences are amplified. I’m aware that the majority of people in the state support the prohibition of alcoholic beverages. It is only a small number of people who break it.”

On April 5, 2016, the Nitish Kumar government declared the manufacture, trade, storage, transit, sale, and consumption of liquor illegal in the state.

“Liquor is bad for health and society,” the chief minister said, urging people to help with the goal.

Tejashwi Yadav, the leader of the opposition, claimed that the state administration had failed to prohibit the sale and supply of fake booze in the dry state.

“Police are disposing of dead bodies without conducting post-mortem examinations. Is Nitish Kumar, who makes big promises about prohibition, not to blame for these deaths?” he continued.