Assembly Polls 2022: PM Modi To Address Rally In Punjab And UP 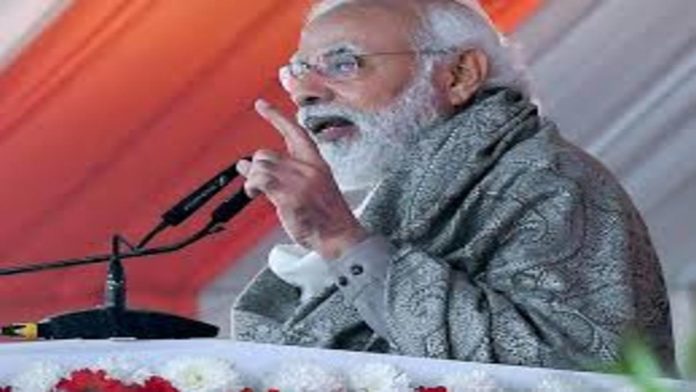 As polling in states is underway Political leaders are on their race to address voters at different places each day. Prime Minister Narendra Modi ahead of voting in Punjab will address a rally in Fazilka district of the state today. Later, CM Yogi Adityanath along with PM Modi address in UP’s Fatehpur district. Samajwadi Party leader Mulaayam Singh Yadav will also address a meeting in UP’s Karhal.

Aam Aadmi Party chief and Delhi chief Minister Arvind Kejriwal has promised free coaching classes for JEE and NEEt for government school students if voted to power in Punjab. Tagging a post on free coaching for JEE and NEET the AAP leader said, “ye Punjab main bhi karenge (will do this in Punjab too)”.

Meanwhile, Punjab’s incumbent Chief Minister Charanjit Singh Channi was quoted saying, “Bhagwant Mann (AAP’s Punjab CM candidate) is a drunkard and illiterate person. He passed Class 12 in three years. How can we give command of Punjab to such a person?”.

Five states – Goa, Manipur, Uttarakhand, Punjab and Uttar Pradesh are under polling. Uttar Pradesh is polling for total 403 assembly seats, Punjab for 117 seats, Uttarakhand on 70, 60 and 40 in Manipur and Goa respectively. The vote counting for all states will finally take place on March 10.