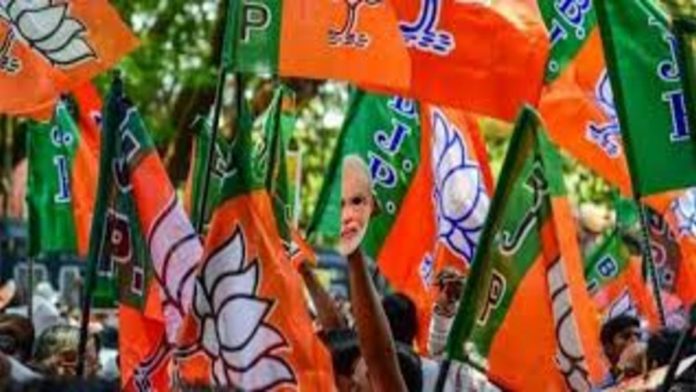 According to a source, the Samajwadi Party has fielded the most candidates with assets worth more than Rs 1 crore, with 52, while the BJP has 48 such candidates for the third phase of the Uttar Pradesh assembly elections.

According to a report by Uttar Pradesh Election Watch and the Association for Democratic Reforms (ADR), the Bahujan Samaj Party has 46 such candidates, while the Congress and the Aam Aadmi Party have 29 and 18 candidates, respectively.

The UP Election Watch and the ADR claimed they examined the self-sworn affidavits of 623 of the 627 candidates running in the February 20 election. It went on to say that the affidavits of the remaining four candidates were either inadequately scanned or incomplete.

The report indicated that 245 (or 39%) of the contestants in the third phase assembly elections are crorepatis.

The fact that all major political parties issue tickets to wealthy candidates demonstrates the importance of money power in our elections, according to the report.

With assets worth more than Rs 70 crore, SP’s Yashpal Singh Yadav is the richest contestant in the race. According to the report, he will run for the Babina constituency in Jhansi.

Ajay Kapoor (Rs 69 crore) and Pramod Kumar (Rs 69 crore) are the next two richest candidates in Kanpur, both from the Congress (Rs 45 crore). Kapoor will run for the Kidwai Nagar seat, while Kumar will go for the Arya Nagar seat.

Two of the candidates have indicated that they have no assets. Both are competitors who are competing on their own. According to the report, Raja Babu and Rahul Pratap Singh are both running for the Jalesar (SC) seat in Etah district.

Independent candidate Devraj from the Mahoba seat in Mahoba district has reported assets worth only Rs 10,000, which is among the contestants with minimal assets except zero.

Next in line are independent Ramdas from the Bilhaur (SC) seat in Kanpur Nagar, who has Rs 20,000 in assets, and Aazad Samaj Party (KanshiramDhirendra )’s Singh Gautam from the Dibiyapur seat in Auraiyya district, who has Rs 25,000 in assets.

This time, the elections for the 403 assembly members will be held in seven parts. The first two waves of voting were place on February 10 and 14.

On March 7, the election results will be announced.