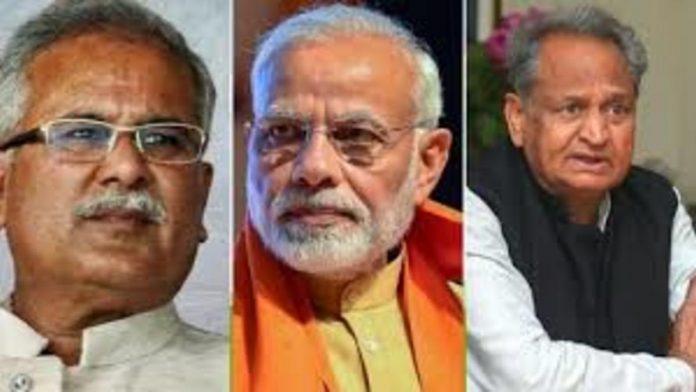 Two Congress chief ministers, Rajasthan’s Ashok Gehlot and Chhattisgarh’s Bhupesh Baghel, wrote to Prime Minister Narendra Modi on Friday, urging him to drop the proposed changes to the cadre rules for the three All India Services, claiming that they would harm the spirit of cooperative federalism, create uncertainty for officials, and limit their ability to discharge their duties impartially, especially during elections.

West Bengal, and now Rajasthan and Chhattisgarh, have contended that the proposed modification will allow the Centre to unilaterally requisition the services of Indian Administrative Service (IAS) personnel serving in the states without the officer’s or state government’s consent.

Officers of the three All India Services (AIS) – the Indian Administrative Service (IAS), Indian Police Service (IPS), and Indian Forest Service officers – are currently assigned to a state (or a group of smaller states) as a cadre, unless they choose to serve in the union government. When they use this option, the state in question must agree to their request before the Centre may consider them for a posting.

In a letter to Prime Minister Narendra Modi in Hindi, Ashok Gehlot said the proposed amendments would violate the constitutional boundaries set for central and state governments, harm the spirit of All India Service officers stationed in the state who work fearlessly and faithfully, and weaken the AIS, which was once referred to as the “steel frame of India” by the country’s first home minister, Sardar Vallabhbhai Patel.

To emphasise the significance of insulating officers from uncertainties and pressures, Gehlot went on to quote from Sardar Patel’s remarks during the Constituent Assembly discussion on the All India Services on October 10, 1949. “I would recommend you if you want an efficient All India Service.” I respectfully beg that you allow the services to openly express themselves. If you’re a premier, it’ll be your responsibility to let your secretary, chief secretary, or other subordinates to express themselves without fear or favour… You will not have a united India without it. A good All India Service would give people the freedom to speak their minds, the assurance that you will keep your word, and the protection of their rights and privileges.”

The national government will be empowered to call officers of the All India Service on deputation to the Centre without the approval of the officer or the state government, according to Gehlot.

“They would be in a bind while doing their duties, and due to political meddling, they would be unable to function impartially, especially during election season.” According to the news agency Press Trust of India, “it may lead to the breakdown of the administrative system in states, resulting in a condition of instability.”

“There have been numerous cases in the past where personnel of the All India Services were targeted unfairly,” Baghel added, predicting that the new laws will be misused in the near future. The current laws have reasonable provisions for preserving a balance and collaboration between state governments and the federal government.” The Chhattisgarh government is adamantly opposed to any changes to the existing norms, according to the chief minister.