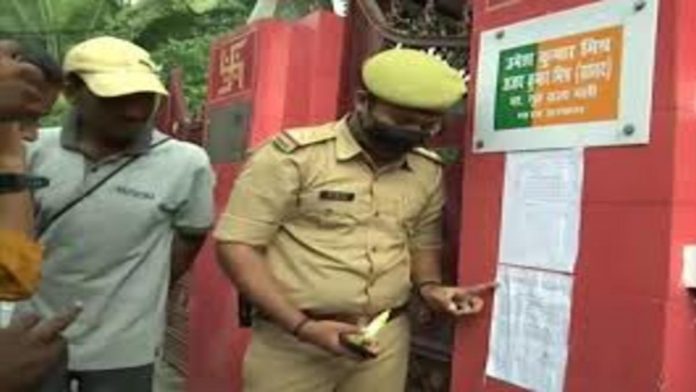 According to his father, Union Minister of State Ajay Mishra, Ashish Mishra, who is accused of running over farmers in UP’s Lakhimpur Kheri, will appear before the police today. He didn’t show up for the summons yesterday owing to health issues, according to his father.

The UP police have filed a murder charge against Ashish Mishra, but he has yet to be apprehended. Despite the fact that the Union Minister owns the SUV that ran over the farmers, he insists his son was not in it.

The UP Police DIG, who waited three hours for Ashish Mishra to come at the Lakhimpur police station yesterday, has returned. The DIG refused to answer when asked what the UP police were doing to ensure Mr Mishra’s arrival today.

The UP cops have served Ashish Mishra with a notice under Section 160 CrPC, which deals with witness attendance. Legal experts have questioned the notification given to a murder suspect under this section. According to police sources, a person called under Section 160 CrPC might be arrested if they make false claims.

Mr Mishra stated that his son, Ashish, will appear in front of the police today after evading the initial summons. The minister insisted that his son is not guilty. He mentioned his son’s illness as the basis for deferring the summons. As Ashish Mishra has been called by the police, security has been heightened in Police lines Lakhimpur Kheri.

Farmers have named Ashish Mishra in a FIR and have requested that he be held accountable. According to the FIR, he drove through a crowd of farmers chanting slogans during a peaceful black flag protest. The incident claimed the lives of eight persons, including four farmers.

As the matter reached the Supreme Court on Thursday, two people – Luv Kush and Ashish Pandey – were arrested. According to police, they were in the same vehicle that ran down a journalist and farmers.

Chief Minister Yogi Adityanath, who has ruled out any action in the Lakhimpur Kheri incident under duress, has stated that his government will “not arrest anyone on the basis of allegations.” Attacking opposition leaders rushing to meet the affected families in the incident, the Chief Minister said, “They are no goodwill messengers.”

The Supreme Court reminded the UP government that the law must take its course against “whoever is involved” in the Lakhimpur violence, which sparked nationwide anger. In a stinging criticism, CJI NV Ramana observed, “It looks to be merely words and not acts.”

Azad Samaj Party head and Dalit leader Chandrashekhar Azad urged PM Modi to visit Lakhimpur Kheri on Friday, pointing out that he tweets on every subject. Mr Azad has threatened to gherao PM Modi’s home if the perpetrators of the Lakhimpur Kheri incident are not apprehended within seven days.

The Congress has announced that it will hold a “Kisan Nyay” rally in PM Modi’s Varanasi seat on Sunday. The rally will be addressed by Congress general secretary Priyanka Gandhi Vadra, says the party poster.