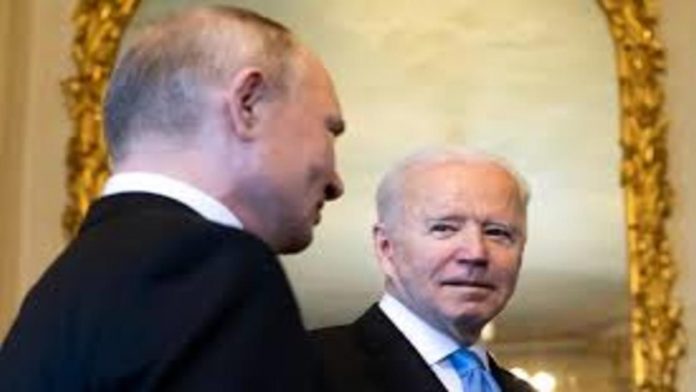 President Joe Biden declared a restriction on Russian oil, gas, and coal imports into the United States, claiming that Ukraine will “never be a success for Putin.” By the end of this year, Britain plans to phase out Russian oil imports.

Ukraine’s president, Volodymyr Zelensky, has said that he will no longer push for Ukraine’s accession to NATO, a delicate topic that was one of Russia’s claimed reasons for invading its pro-Western neighbour. In response to a question about NATO membership, Zelensky replied through a translator that he does not want to be president of a “country on its knees pleading for something.”

US intelligence officers have described Russian President Vladimir Putin as a “angry,” isolated leader seeking global clout, dissatisfied that his invasion of Ukraine did not go as planned, and issuing provocative nuclear threats at the West.

A Polish offer to send MiG-29 fighter jets to Ukraine via a US air base was rejected by the US, which said the proposal presented “severe concerns” for the whole NATO alliance. Those jets would subsequently be transferred to Ukraine, while the Polish air force would receive F-16 fighters as replacements, according to the planned scheme.

The European Union has pledged 500 million euros in humanitarian aid to Ukraine, claiming that it has already taken in two million refugees fleeing Russia’s invasion and expects to take in millions more.

Russia’s long-term foreign-currency issuer default rating has been reduced to ‘C’ from ‘B’, according to international rating firm Fitch Ratings.

McDonald’s, Coca-Cola, and Starbucks have all halted business in Russia in response to Moscow’s invasion of Ukraine, which has been widely criticised internationally.

After pausing reporting while examining stringent new media restrictions, the BBC stated that it would resume English-language broadcasts from Russia. The business claimed in a fresh statement that it had “evaluated the new legislation alongside the pressing necessity to report from within Russia.”

On Tuesday, the UN refugee agency UNHCR reported that the number of people fleeing Ukraine in eastern and central Europe has surpassed two million, despite intensified efforts to establish safe evacuation corridors from cities under siege.

Today in Washington, British Foreign Secretary Liz Truss will meet with her US counterpart Antony Blinken to examine what more can be done to assist Ukraine and lessen its reliance on Russian energy.