As Russia Advances Closer To Kyiv, Other Cities Bombed In Ukraine 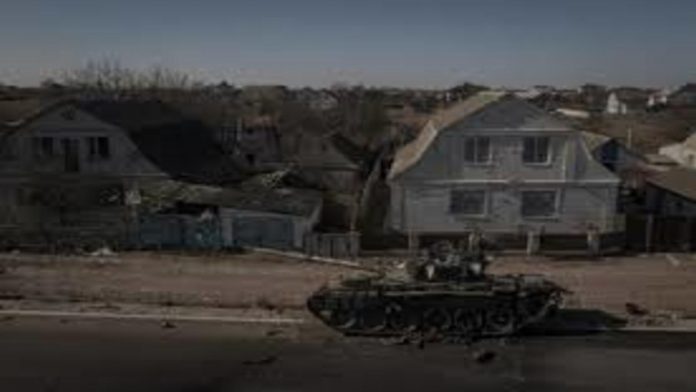 Russian soldiers have advanced closer to Kyiv’s capital and bombed civilian neighbourhoods in other Ukrainian cities, prompting a barrage of accusations of war crimes. Kyiv has been described as a “city under siege” by a Ukrainian presidential adviser.

Russia, which has accused Ukraine of developing biological weapons with US assistance, has said that the Kyiv regime is now “destroying evidence of military biological programmes” it is carrying out. Both Washington and Kyiv have disputed the country’s existence of biological-weapons-producing laboratories.

Russian forces have advanced on Melitopol, Ukraine’s southernmost city, and have taken the mayor. “The mayor of Melitopol, Ivan Fedorov, was kidnapped by a group of ten occupants,” Ukraine’s parliament announced on Twitter. It went on to say, “He refused to cooperate with the enemy.”

Mariupol, the southern port city that has been encircled and is under regular Russian fire, is in a bad situation. For the past 11 days, Mariupol has been without water and electricity. The mayor of the city claims that shelling occurs “every 30 minutes,” with 1,200 citizens already killed and stories of starvation and bodies in the streets.

On Friday, three missiles struck residential buildings in Dnipro’s capital city, demolishing a shoe factory and killing one security guard. Since Russia invaded Ukraine on February 24, Dnipro has been considered a safe haven, with little strikes. Officials said a home for the disabled near Kharkiv was also bombed, with 330 people inside at the time.

The military airfields of Lutsk and Ivano-Frankivsk, located in western Ukraine near the Polish border, were “taken out of service” by Russia on Friday.

President Volodymyr Zelenskiy, who has galvanised his people with a series of addresses from Kyiv, said Ukraine had “already reached a strategic turning point” as the Russian invasion entered its third week. “It’s impossible to say how many days we have left to free Ukrainian territory. However, we can state that we will do so “he stated “We’re already on our way to achieving our goal, our win.”

The US and its partners announced new moves on Friday to put economic pressure on Russia to rein in its forces in order to prevent a direct military action in non-NATO Ukraine, which they fear may start World War III.

President Joe Biden said that the United States and its allies will halt normal trade relations with Russia, as well as a ban on Russian vodka, diamonds, and seafood imports. The United States will also prohibit the shipment of luxury items from the United States to Russia and Belarus. New penalties were also placed on Russian oligarchs, including Chelsea owner Roman Abramovich.

The Kremlin has asked “volunteers,” including Syrians, to fight with Russia’s troops in Ukraine, further entangling the Middle East in a crisis that the West has attempted to contain.

According to the UN, more than 2.5 million people have fled Ukraine’s “pointless war,” with more than half of those fleeing to Poland.