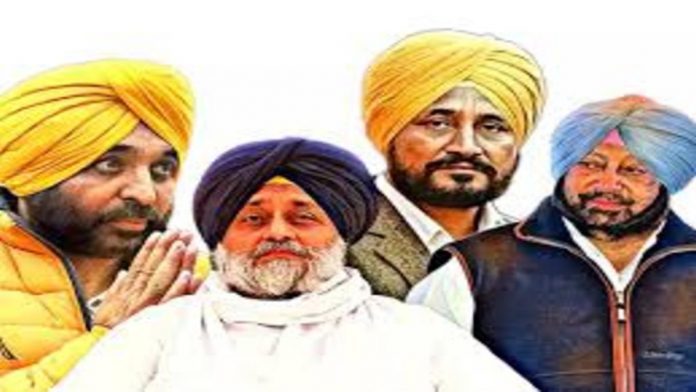 The Aam Aadmi Party stated on Tuesday that as all exit polls point to the AAP forming a government in Punjab, conventional party leaders are once again banding together to plot against Arvind Kejriwal’s party.

In response to a separate meeting on Monday in New Delhi between Punjab Chief Minister Charanjit Singh Channi and former Chief Minister Captain Amarinder Singh and Union Home Minister and senior Bharatiya Janata Party (BJP) leader Amit Shah, senior AAP Punjab leader and Leader of Opposition Harpal Singh Cheema claimed the agenda of these meetings was to prevent the formation of an AAP government in Punjab.

While Channi claimed that the main topics discussed with Shah were amending the Bhakra Beas Management Board (BBMB) rules and the ongoing ‘Operation Ganga’ to evacuate stranded Indians from Ukraine, former Punjab Chief Minister and Punjab Lok Congress leader Amarinder Singh said he had a “general discussion” on Punjab during the meeting.

Because these meetings were held ahead of the poll results scheduled for March 10, Cheema claimed that now that all exit polls indicate that the Aam Aadmi Party will form a government in Punjab, traditional party leaders are once again banding together to hatch plots against Punjab and the Aam Aadmi Party.

He claimed that if Channi had discussed Punjab issues with Shah, he should inform the public about the solutions because in his last meeting with the Union home minister as Chief Minister, Channi handed over half of Punjab to the Union government and the state’s Border Security Force’s ambit was expanded to 50 kilometres.

He said that the Enforcement Directorate (ED) was arm-twisting Amarinder Singh and Channi, and that these figures were keeping quiet about the Modi government’s anti-Punjab measures to save face.

According to Cheema, the Congress, BJP, and Akali Dal Badal all wanted to keep power in Punjab, so they re-united to form an alliance.

“However, the people of Punjab will thoroughly derail these conventional parties’ anti-Punjab schemes.” All opinion and exit surveys revealed that the people of Punjab had voted unilaterally in favour of the Aam Aadmi Party. The results on March 10 will be even more stunning, and the conventional parties’ regimes and corrupt politics will come to an end for good,” he concluded.