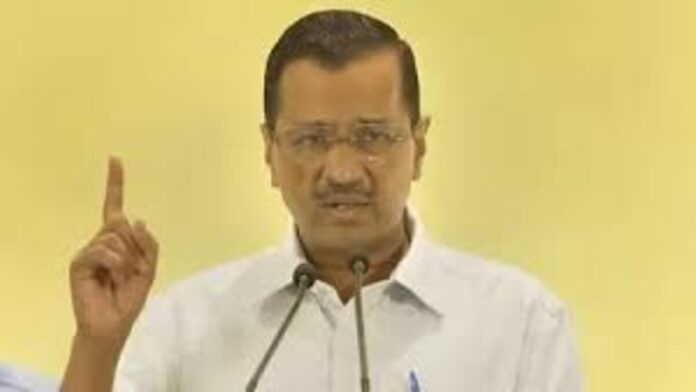 Arvind Kejriwal, the chief of the Aam Aadmi Party (AAP) and the CM of Delhi, announced in writing on November 27, 2022, that his group would take power in Gujarat following the next Assembly elections. He claimed that his forecasts for the Delhi and Punjab Assembly elections came true, and the same will now occur in Gujarat while speaking at a news conference in Surat.

“Many claim that my political forecasts have come true. I predicted to a journalist during the Delhi Assembly elections of 2014 that the Congress wouldn’t even win a seat and ultimately couldn’t win a single seat. I even predicted the Punjab Assembly elections for 2022. I had predicted that (Sukhbir Singh) Badal’s entire family would be defeated, that (Navjot Singh Siddhu) would lose, and that (Charanjit Singh) Channi would lose both of his seats “said Kejriwal.

“I’ll even make a forecast in writing in front of everyone today. Take note of the forecast that the Gujarat government will be formed by the Aam Aadmi Party. These guys (BJP) will provide relief to Gujarat’s residents after 27 years of misrule, “He said as he penned his forecast on a piece of paper and displayed it to the media.

He also asserted that because people are so wary of the BJP, which is in power, they are reluctant to publicly declare their support for the AAP in the Gujarat Assembly elections.

The Delhi CM also urged Gujarati government workers to support the AAP and pledged to implement the old pension plan for them by January 31 of the following year.

For new hires who began their employment on or after April 1, 2005, the Gujarat government implemented a new contributory pension scheme (NPS).

It will match 10% of the basic pay plus dearness allowance that the employees contribute to the NPS fund, according to the notification. With effect from April 1, 2019, the government will contribute 14% of the employee’s salary and deferred compensation under the Center’s plan, compared to the employee’s 10% contribution.

The state government announced that the new pension will not be applicable to those employees who began working before April 2005 in response to employee protests. Additionally, it committed to increasing its contribution to the fund from 10% to 14%.

Because they feel that the NPS is not in the best interests of retiring employees, the employees in Gujarat have organised large-scale protests against the government and called for the restoration of the OPS.

Added Kejriwal, “We’ll publish a notification for Gujarat’s old pension program’s implementation by January 31. I’m not just babbling here. We have sent out the notification to Punjab.”

“They have my word that their problems will be solved. I beg of them all, palms folded, that the backing of public servants is crucial for a party to win an election. I would implore them to cast every single ballot in favour of the AAP in the postal vote and to canvass for the group over the next three to four days “said Kejriwal.

He asserted that the BJP was upset because it was on the verge of defeat and the Congress was not involved.

“The BJP is enraged for the first time in 27 years. You question folks on the street who they would vote for. Either the BJP or the AAP would be mentioned. After five minutes, those who initially say they would support the BJP admit that they and their entire mohalla would be supporting the AAP’s election symbol, “broom,” “said Kejriwal.

He added that based on how people were reacting, it appeared that everyone was defecting to the AAP in favour of the BJP.

“Although we have contested elections in many states, Gujarat is the first where voters are hesitant to declare their preferences. The average person is alarmed. Second, it is impossible to find any Congress voters, and third, a sizable portion of BJP supporters will cast their ballots for the AAP, “He asserted.

The 182-member Gujarat Assembly will be chosen in two rounds of voting on December 1 and 5, with the results being tallied on December 8.