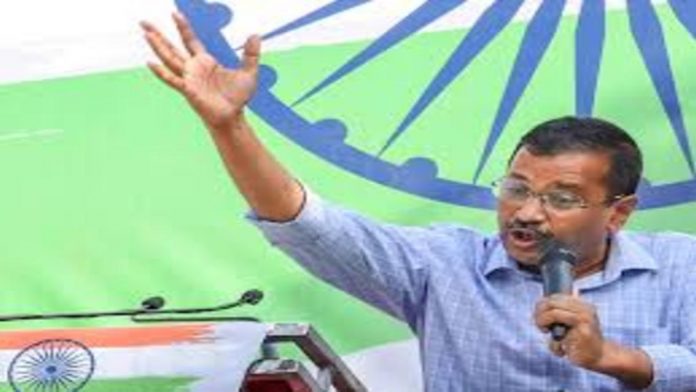 Arvind Kejriwal, the Delhi Chief Minister, challenged the BJP on Wednesday to “get the civic elections in the city conducted on schedule” and win, threatening that his Aam Aadmi Party (AAP) would leave politics if this happened.

He said that the BJP is currently attempting to have municipal corporation elections in the city cancelled, and voiced concern that the same may be done in the future for state and national elections.

The statements by the AAP’s national convener come a day after the Union Cabinet approved a bill to merge Delhi’s three municipal bodies: North, East, and South.

“Even though the BJP claims to be the world’s largest political party, it is terrified of a minor party like AAP and MCD elections in Delhi.

“I challenge the BJP to hold elections on schedule and win. We’ll get out of politics “Mr. Kejriwal said. Since 2007, the BJP has ruled Delhi’s three corporations.

With “folded hands,” the chief minister pleaded with Prime Minister Narendra Modi to defend the Constitution and democracy.

“Leaders like you and me are irrelevant. This nation, its constitution, and its democracy are significant. They must be safeguarded.”

He made no apologies for accusing the BJP of first “coercing” the State Election Commission to postpone polls and now of “delaying” them for months via an amendment.

“The BJP contended that delaying the polls would allow it to combine the three municipal bodies. Is this really a good reason to postpone the election?” Kejriwal enquired.

“Next up come the Gujarat elections. Will they now petition to the Election Commission, requesting a postponement of Gujarat polls on the grounds that the state should be merged with Maharashtra? Will they inform the EC that they want to construct a presidential system so that polls cannot be held if they believe they will lose the Lok Sabha elections? “he said, mockingly.

It would be pointless to have democracy if elections are cancelled, according to the AAP national convener, since it will make people feel unheard and oppressed.

“The BJP is expected to suffer a catastrophic loss in the next MCD elections, as everyone knows.

“To avoid a humiliating defeat at the hands of the AAP, the BJP first forced the State Election Commission to postpone the MCD elections. They are now proposing an amendment to postpone the elections for a few months “Mr. Kejriwal reacted angrily.

Shahid Diwas was observed throughout the nation, with tributes paid to Bhagat Singh, Sukhdev, and Rajguru. He said that postponing the polls was a “insult to martyrs.”

“Is it true that Shaheed-e-Azam Bhagat Singh gave his life for this day? Did he give up everything to see a country where the government is so removed from the people that elections are cancelled? “He inquired.

The people “would never forgive it for cancelling an election and taking away their fundamental right to elect representatives,” Mr Kejriwal threatened the BJP.