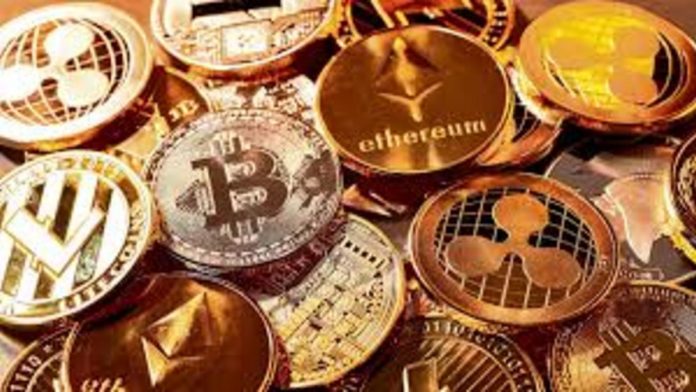 In the upcoming winter session of Parliament, the Centre is expected to introduce legislation banning all cryptocurrencies in India, with a few exceptions, and creating a framework to control digital currency issued by the Reserve Bank of India (RBI). As a result, all major digital currencies declined by roughly 15% or more, with Bitcoin falling by around 18.53 percent, Ethereum by 15.58 percent, and Tether by 18.29 percent.

The Cryptocurrency and Regulation of Official Digital Currency Bill, 2021, is slated to be introduced in the Lok Sabha during the winter session, which begins November 29.

The bill is designed to “establish a framework that will make it easier for the RBI to launch an official digital currency. It also aims to outlaw all private cryptocurrencies in India, with some exceptions to promote cryptocurrency’s underlying technology and applications.

cryptocurrencies. Bitcoin, the world’s most popular cryptocurrency, is currently trading at approximately $60,000, having more than doubled in value since the beginning of the year, attracting swarms of local investors.

According to industry estimates, India has 15 million to 20 million crypto investors, with a total crypto market capitalization of about 40,000 crore.

Recently, there has been an increase in the amount of adverts promising easy and large returns on cryptocurrency investments, amid fears that such currencies are being exploited to deceive investors with false claims.

The Standing Committee on Finance, chaired by BJP member Jayant Sinha, met with officials from crypto exchanges, blockchain, and the Crypto Assets Council (BACC) last week and came to the conclusion that cryptocurrencies should not be prohibited, but rather regulated.

In the last decade or so, private digital currencies have grown in popularity. Regulators and governments, on the other hand, have been sceptical of these currencies and are wary about the associated risks.

The Supreme Court overturned an RBI circular issued on April 6, 2018, barring banks and businesses regulated by it from offering services related to virtual currencies from March 4, 2021.

Prime Minister Narendra Modi encouraged all governments to ensure that bitcoin does not “end up in the wrong hands” during a keynote talk at the Sydney Dialogue on November 18.

El Salvador is now the only country that accepts cryptocurrencies as legal cash.

On February 1, Finance Minister Nirmala Sitharaman will deliver the Union Budget 2023 to the Parliament. The budget for this year probably will place...
Read more
BUSINESS OPURTUNITIES

According to a formal decree, the government has increased the windfall profit tax imposed on domestically produced crude oil as well as on the...
Read more
- Advertisement -